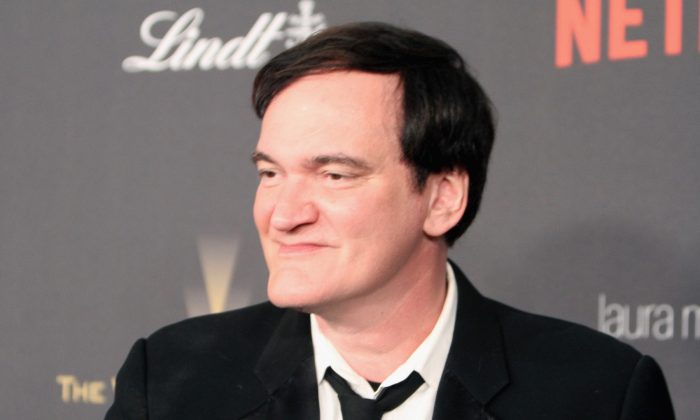 Award-winning director Quentin Tarantino will be auctioning several uncut scenes from “Pulp Fiction” as secret non-fungible tokens, or “NFTs,” he announced on Tuesday.

The NFTs include original handwritten scripts from the film and exclusive audio commentary from Tarantino himself, and feature “never-before-told secrets,” according to a statement from the Secret Network.

“I’m excited to be presenting these exclusive scenes from ‘Pulp Fiction’ to fans. Secret Network and Secret NFTs provide a whole new world of connecting fans and artists and I’m thrilled to be a part of that,” Tarantino said.

Each NFT will include “secret” content that’s only viewable by the owner of the non-fungible tokens, according to SCRT Labs, the core development company behind the Secret Network, which hosts the NFTs.

An NFT is a digital asset that represents real-world objects like artwork, music, and even memes. They are non-fungible, meaning they are one-of-a-kind and are generally purchased using the cryptocurrency of the Ethereum blockchain.

NFTs have gained traction this year, with some selling for millions of dollars, such as the “Everydays: the First 5,000 Days” NFT by Mike Winkelman, the digital artist known as Beeple, which sold for $69.3 million earlier this year.

Tarantino’s non-fungible tokens will be auctioned on OpenSea, the world’s largest NFT marketplace.

The director is scheduled to speak more about the NFT auction during a panel later Tuesday alongside crypto investor Mike Novogratz and others at the NFT NYC conference, the New York Post reported.

“NFTs could be THE most disruptive technology to come out of this decade,” said Guy Zyskind, co-founder of Secret Network and CEO of SCRT Labs. “The art community is alive with innovation and the media is actively exploring all the potential use cases associated with the technology. Now, we have privacy and access controls courtesy of Secret Network. Ultimately, that will enable a whole litany of new potential use cases.”

Meanwhile, Coinbase—which recently said it was “much more aligned” and has increased the number of its employees after disengaging from social activism and political issues—is preparing to launch an NFT marketplace to compete with existing players like OpenSea.

“Today, we’re announcing Coinbase NFT, a peer-to-peer marketplace that will make minting, purchasing, showcasing, and discovering NFTs easier than ever. Just as Coinbase helped millions of people access Bitcoin for the first time in an easy and trusted way—we want to do the same for the NFTs,” the company said in a statement in October.