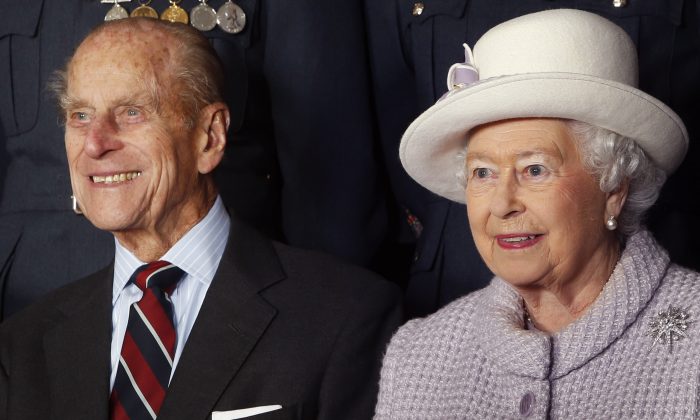 Prince Philip, Duke of Edinburgh and Queen Elizabeth II pose for a photo during a visit to RAF Lossiemouth on their 67th wedding anniversary on November 20, 2014 in Lossiemouth, Scotland. It was the Queen's first visit to the base since 2003. (Photo by Danny Lawson - WPA Pool/Getty Images)
Europe

A chef who worked for Queen Elizabeth for years and was a favorite of Prince Philip’s was fired after attacking a colleague at a recent party, according to a new report.

Adam Steele, 28, was regularly requested by Philip to cook for his guests, and was also well-liked by other members of the royal family.

But the experienced sous-chef appeared to get drunk at a party last month in staff quarters at Buckingham Palace, and started stirring up trouble when someone tried to get him to calm down, asserting that he had imbibed too much.

Officers were eventually called in and held Steele in cells overnight.

The chef that Steele attacked, allegedly headbutting him and then punching him in the face, was treated for a cut on the head and a black eye.

Steele had been due to travel with Philip to the Sandringham estate in Norfolk this month to cook for the prince and his guests.

Mark Flanagan, the head of the royal kitchens, wanted to keep Steele on board but in the end decided to fire him.

“Mark wanted to keep him because the tragedy is Adam is a very good chef, and popular with the royals. He has cooked for the Queen at Craigowan Lodge at Balmoral and he is a particular favourite of the Duke of Edinburgh,” a source told the Daily Mail.

“Whenever the duke has his shooting parties at Wood Farm on the Sandringham estate, he always asks for Adam.”

“No one knows what exactly was said to Adam, but it was something like, ‘You’ve had enough, it’s time to stop drinking,” the source added. “Whatever it was, the next thing the other man has blood over his face and a cut eyebrow. It’s ironic because they work together and we all thought they were friends.”

Steele said he wasn’t allowed to comment but his mother said that she can’t understand how he’s been fired, being “well-liked and popular.”