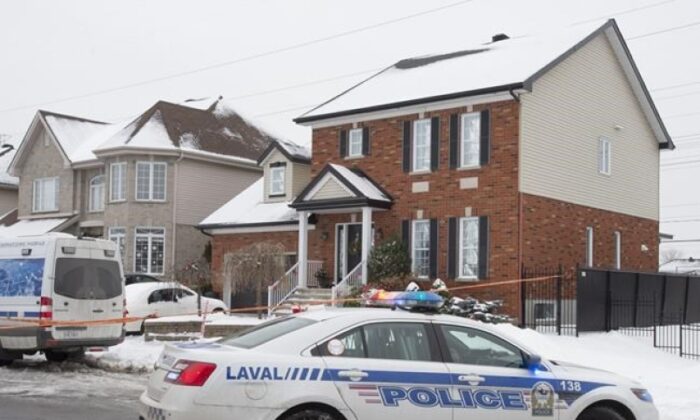 Police investigate the crime scene where a seven-year-old girl was found dead in her family's home on Jan. 4, 2021, in Laval, Que. (Ryan Remiorz/The Canadian Press)
Canada

LAVAL, Que.—The mother of a seven-year-old girl who died this month from alleged mistreatment was granted bail on Monday.

The 35-year-old woman, whose identity is protected by a publication ban, was given strict release conditions that include making a $1,000 deposit and surrendering her passport. Her next court date is scheduled for April 12.

She was arrested Friday and charged with criminal negligence causing death and with assault.

Police were called to a home in Montreal’s suburb of Laval on Jan. 3 where they found the young girl in cardiorespiratory arrest; she was later pronounced dead in hospital.

Investigators said they could not rule out that the death was the result of mistreatment, and an autopsy was performed.

Quebec’s human rights commission is also investigating the death of the girl, whose case had been reported to youth protection authorities.