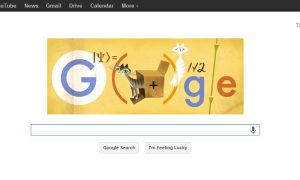 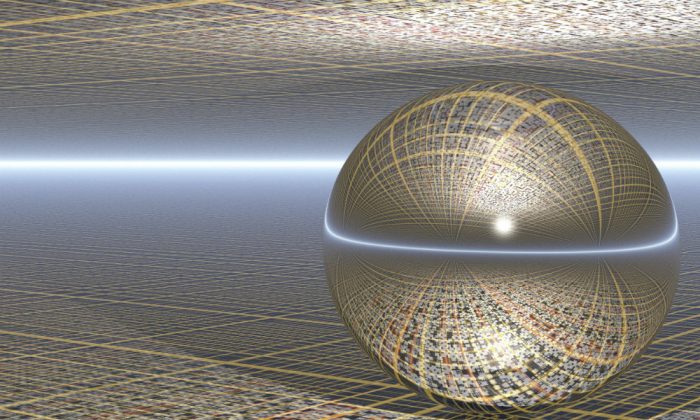 In late August, scientists at the Institute for Quantum Optics and Quantum Information in Vienna, Austria, used a device called a “Quantum Entanglement Camera” to capture the image of an object which never interacted with the light that detected it.

Specifically, an image of a cat was stenciled out of a piece of silicon. Two “entangled” light beams of different colors were produced using lasers, with the red beams passing through the stenciled cat cut-out and the yellow beams allowed to continue on their way, never interacting with the object.

The red beams were discarded while the yellow beams were allowed to continue onward towards the camera and indeed recorded an image of the cat.

This demonstrated a particular phenomenon in physics that Einstein called “spooky action at a distance.” “Spooky” action essentially refers to quantum entanglement. In quantum entanglement, particle A and particle B interact, and thereafter remain mysteriously bonded. When particle A undergoes a change, particle B undergoes the same change, even if the two particles are far apart. A and B have, in many ways, lost their individuality and behave as a single entity.

In this case, the entanglement is a relationship between photons (light particles) that were once together in a single light beam, but which were separated when that light beam was split in two.

The two beams are “entangled” with each other and it seems they can communicate with the each other no matter the distance. For example, if one beam is polarized, the other will instantly assume a corresponding state.

Scientists don’t really understand why this relationship occurs among certain subatomic particles. But, its effect has been visually observed since 2009, when the University of Glasgow used this same method, which is known as “ghost imaging.”

“Even other physicists say ‘you can’t do that’ at first, but that is quantum behavior for you, very strange,” said study leader Gabriela Barreto Lemos of the Institute for Quantum Optics and Quantum Information, according to National Geographic. The findings were published in the journal Nature on Aug. 27, 2014.

These scientists decided to use the cat shape in honor of physicist Erwin Schrödinger who postulated the paradox known as the ‘Schrödinger’s Cat Paradox,’ in 1935. In brief, the paradox offers a hypothetical scenario in which a cat is inside a box, unable to be observed from the outside. The cat could be either dead or alive and is considered both simultaneously dead and alive until the box is opened and the cat is revealed. This paradox is used to describe the way subatomic particles manifest themselves in different ways according to how they are being observed, sometimes seeming or being in more than one place at the same time.

The practical applications for quantum entanglement are many. For example, the medical community may be able to use invisible and harmless light to scan a patient, then use the entangled visible light to record the image.

Other applications for quantum entanglement involve using the relationship to create a super secure transfer of information through computers and perhaps one day even a super secure Internet. The entangled electrons (in this case) would transfer information by means of their entangled states and without traveling through space, which means that there is no chance to intercept the data.