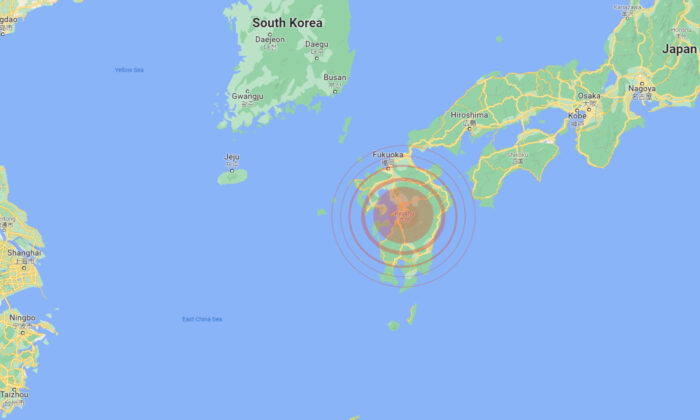 Kyushu at the southernmost of Japan is seen at a screenshot of Google Maps. (Screenshot Google Maps via The Epoch Times)
Asia & Pacific

The epicentre of the earthquake was off the coast of Kyushu, the southernmost of Japan’s four main islands, according to the Japan Meteorological Agency.

No tsunami warning had been issued, according to broadcaster NHK and there were no immediate reports of damage.