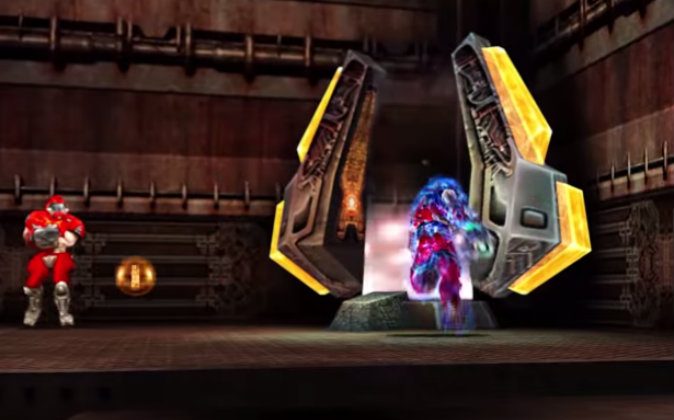 Quake Live is now available for download on Steam.

Bethesda Softworks announced the move to Steam at Quakecon in July.

In doing so, the classic 2010 game, which is itself based on the even more classic Quake III Arena (release date: December 2, 1999!), will be available to a much wider audience.

Moving to Steam is not the only big recent change for the first-person shooter though.

Near the end of August, developer iD Software announced a whole range of tweaks that were intended to make the game less daunting for new players.

The changes are detailed at the Quake blog here.

Check out the Steam launch trailer below.

A Closer Look: Your (online) Life After Death

NEW YORK (AP) — Sure, you have a lot to do today — laundry, bills, dinner — but it’s never too early to start planning for your digital afterlife, the fate of your numerous online accounts once you shed this mortal coil.

Facebook, Google, Twitter and other sites have different policies on dealing with dead users. Some states are also considering laws that would automatically give loved ones access to, though not control of, their dead relative’s digital accounts, unless otherwise specified.

Unless you take action, you might not like the outcome: Would you want to give your spouse automatic access to your email correspondences? Should parents automatically be able to browse through a deceased child’s online dating profile?

Now that you’re mulling your eventual demise, here’s a look at how some of the biggest Internet companies deal with deceased users’ accounts and what you can do to control your information.

The company behind Gmail and Google Plus has a tool that lets you decide what happens with your account after you die or become inactive online for another reason, such as moving to a deserted island off the grid with no Internet access. The tool is called “inactive account manager.”

You can choose to have your data deleted after three, six or 12 months of inactivity. Or you can choose someone, such as a parent or a spouse, to receive the data. The tool covers not just email but also other Google services such as Google Plus, YouTube and Blogger.

Before deleting data, Google will send a warning to a secondary email address or a phone number if you have provided one. This, of course, won’t help if you’re dead. But you can also have that warning go to a loved one.

The world’s largest online social network doesn’t give relatives access to dead people’s accounts. Instead, loved ones can request for your account to be “memorialized” if you die. This means no one will be able to log in or modify any settings, such as adding or removing friends or deleting content. In addition, Facebook won’t show the account in its “people you may know” section for suggesting friends and won’t send birthday reminders.

Privacy settings from when you were alive will carry over, and those can’t be changed. So if friends were able to post to your account’s Timeline, they’ll still be able to do so. The Timeline posts will be viewable by the same people who were able to see those posts before. Friends will also be able to send private messages, as long as they were able to before, even though no one will see them.

Twitter will deactivate your account if contacted by a family member or a person authorized to act on behalf of your estate. For this, the person will need a death certificate. Because many people don’t use their real names on Twitter, the company will also want a “brief description of the details that evidence this account belongs to the deceased,” its policy states.

To respect the wishes of loved ones, Twitter says it may also remove images of deceased individuals that circulate on the site. The policy applies only in limited circumstances and was implemented recently, after some users sent altered images of Robin Williams to his daughter Zelda after the actor committed suicide in August.

The policy was also used to remove gruesome images of the beheading of journalist James Foley. The company’s CEO Dick Costolo said last month, in reference to the Foley images, that Twitter “is actively suspending accounts as we discover them related to this graphic imagery.”