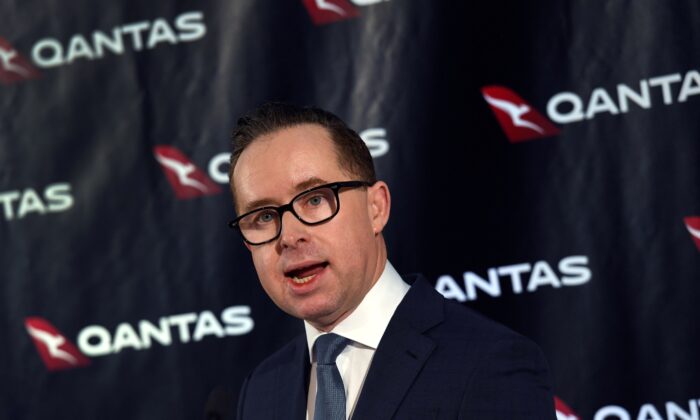 The Queensland government’s “ridiculous” decision to keep Sydney on the border blacklist has enraged the tourism industry, who say there is little point reopening to parts of NSW at all.

Queensland Premier Annastacia Palaszczuk on Oct 30 announced travel restrictions will ease from 1am on Tuesday, with the state’s border to open to everyone but those in Greater Sydney and Victoria.

The announcement has drawn the ire of NSW Premier Gladys Berejiklian, who said it was “extremely unfair”, and Qantas chief executive Alan Joyce called it “ridiculous”.

“If there were health concerns, I’d be the first to say I understand your position,” the NSW premier told reporters on Friday.

Qantas and Jetstar had been ready to bring hundreds of staff back to work and put on 1000 extra flights to reunite families split across the states.

“Frankly, this is ridiculous,” Joyce said in a statement.

“Keeping the doors bolted to places you can’t reasonably call hotspots makes no sense from a health perspective and it’s doing a lot of social and economic damage as well.”

“Queensland may find that by the time it does open up to Sydney, people have made other plans.”

Sydney is home to the bulk of NSW’s population, especially those with disposable income, so re-opening Queensland to other parts of the state will have little effect, she says.

By doing so, the Queensland premier has shot her own economy in the foot.

“We are seeing a shift in inquiries to South Australia, Tasmania and even New Zealand, because we feel that there is a possibility of travel there before Queensland,” she told AAP.

No new cases of locally-transmitted COVID-19 were diagnosed in NSW in the 24 hours to 8pm on Thursday, but one new case was recorded after the deadline and will be included in numbers announced on Saturday.

Queensland’s Chief Health Officer Jeannette Young on Friday praised NSW’s contact tracing and testing regime and said she had planned to let Sydneysiders in to the state, but changed her mind after another mystery COVID-19 outbreak in the area.

Young said there was “a strong possibility” Queensland would open to Sydney once NSW “was on top of” the community outbreaks.

Late on Friday the NSW Education Department announced a student at Cabramatta High School had tested positive for coronavirus.

HSC exams had not been impacted by the infection, and the school would be thoroughly cleaned over the weekend.

“The school is working closely with NSW Health to establish close contacts. HSC students will be contacted to confirm arrangements for the scheduled exams on Monday, 2 November,” the department said.