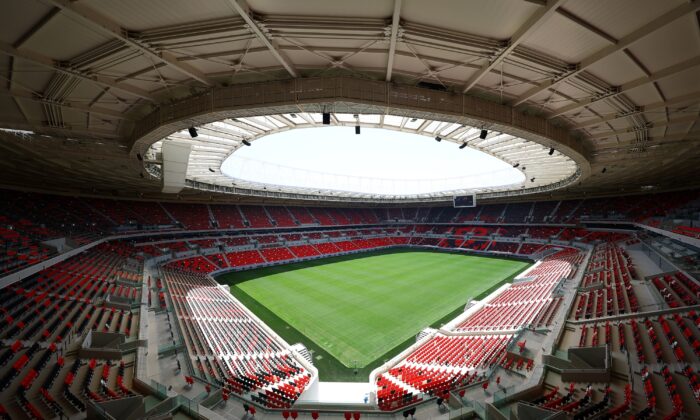 DAVOS, Switzerland—The 2022 World Cup hosted by Qatar is expected to be watched by 5 billion people around the world, FIFA president Gianni Infantino said on Monday.

The TV audiences for the 2018 World Cup in Russia was a record-breaking 3.5 billion people.

Qatar has come under intense criticism from human rights groups over its treatment of migrant workers, who along with other foreigners comprise the bulk of the country’s population.

Qatar has said its labor system is still a work in progress, and denied a 2021 Amnesty International report that thousands of migrant workers were still being exploited.