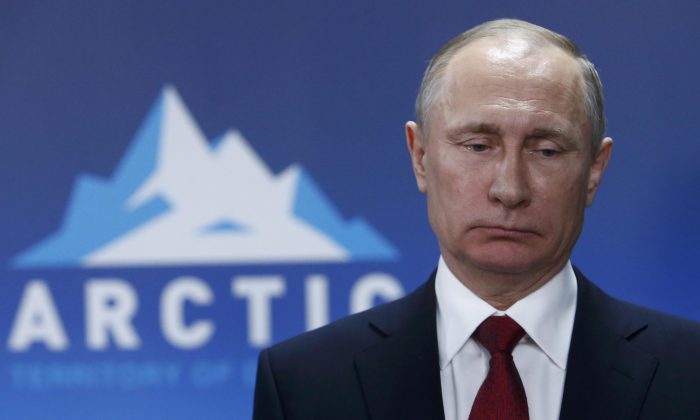 Russian President Vladimir Putin looks on after a meeting with President of Iceland Gudni Johannesson as part of the International Arctic Forum in Arkhangelsk, Russia on March 30, 2017. (REUTERS/Sergei Karpukhin)
International

Putin Says Considering All Causes, Including Terrorism for Blast

ST PETERSBURG—Russian President Vladimir Putin said on Monday the government was considering all possible causes for the blasts in St Petersburg’s metro system, including terrorism.

“I have already spoken to the head of our special services, they are working to ascertain the cause (of the blasts),” Putin, at a meeting with Belarus President Alexander Lukashenko, said.

“The causes are not clear, it’s too early. We will look at all possible causes, terrorism as well as common crime,” he added.