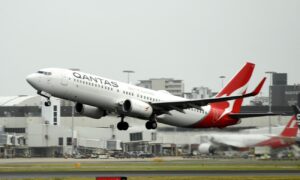 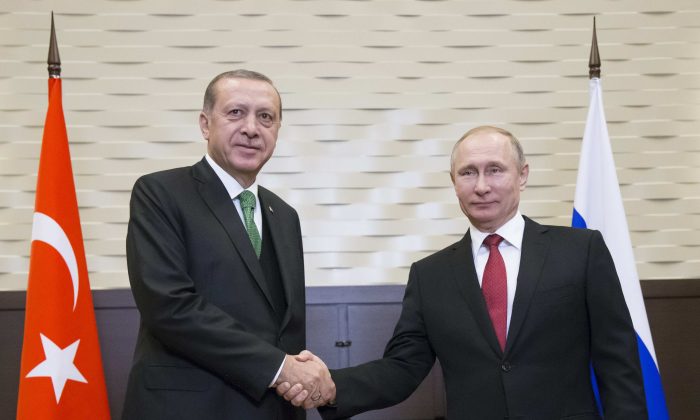 Russian President Vladimir Putin (R) shakes hands with his Turkish counterpart Tayyip Erdogan during a meeting in Sochi, Russia on May 3, 2017. Both could be the losing parties in the new energy world order.(REUTERS/Alexander Zemlianichenko/Pool)
International

SOCHI, Russia—Russian President Vladimir Putin said on Wednesday that Russia’s relationship with Turkey had fully recovered after what he called a crisis caused by Ankara’s shooting down of a Russian warplane near the Syrian border in 2015.

Russia retaliated against Turkey at the time with a slew of economic sanctions and Ankara later took measures which made life difficult for Moscow too.

Speaking after holding talks with Turkish President Tayyip Erdogan in the Black Sea Russian resort of Sochi, Putin said relations were finally getting back to normal and that trade had stopped falling.

“Some time ago our bilateral ties, as it well known, were tested. Now we can say with certainty remark that the recovery process in Russo-Turkish ties is complete,” Putin told a news conference. “We are getting back to a normal cooperative partnership.”

Putin said Russia would launch a joint investment fund with Turkey with funds of up to $1 billion and said Moscow stood ready to help Turkey improve security measures at its tourist resorts.