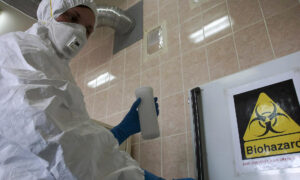 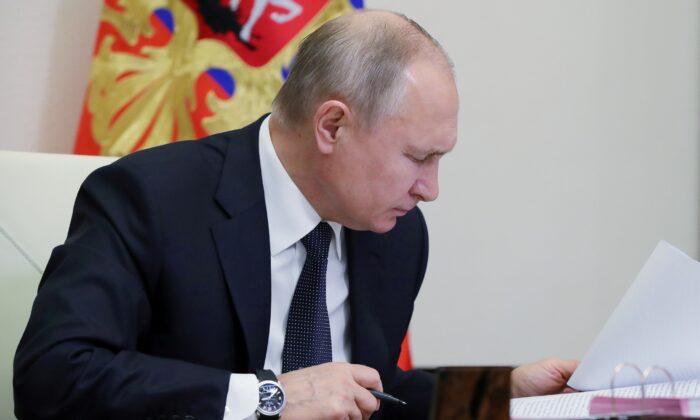 Russia's President Vladimir Putin chairs a joint meeting of the country's State Council and the Council for Strategic Development and National Projects via a video conference call at the Novo-Ogaryovo state residence outside Moscow, Russia, on Dec. 23, 2020. (Sputnik/Mikhail Klimentyev/Kremlin via Rruters)
Europe

“He said he will be vaccinated, he made this decision and was waiting until all formalities are completed,” the spokesman was quoted as saying to Rossiya 1 TV Channel on its website.

Russia launched a voluntary vaccination programme with the Russia-made Sputnik V vaccine earlier in December, starting with the most vulnerable groups in Moscow.

People over the age of 60 may begin to apply for shots on Monday, Moscow mayor Sergei Sobyanin said on his website on Sunday, the day after the Russian health ministry said the vaccine was approved for use by elderly people after a separate trial.

68-year-old Putin said earlier that the Russian vaccine was effective and safe and he saw no reason not to be vaccinated adding that he was waiting until it became available.

Since the start of the coronavirus outbreak in Russia, Putin has mainly worked remotely, held meetings via videolink and limited travel.

He said in August that one of his daughters had taken part in the clinical trial of the vaccine and felt well afterwards.