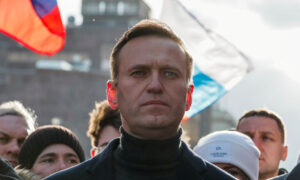 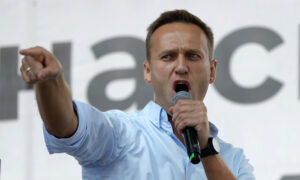 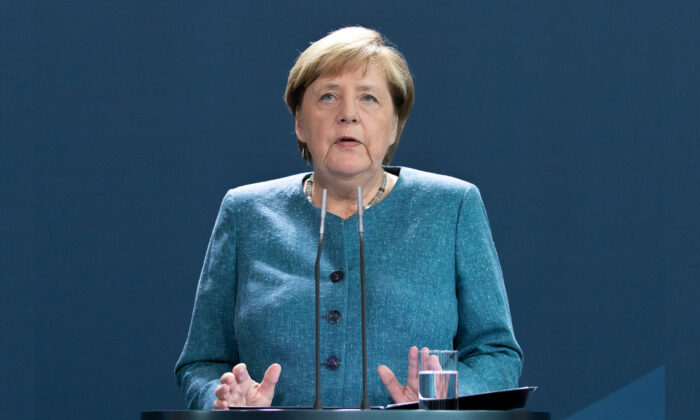 BERLIN/MOSCOW—Kremlin critic Alexei Navalny, who is in intensive care in a Berlin hospital, was poisoned with a Soviet-era nerve agent in an attempt to murder him, German Chancellor Angela Merkel said on Sept. 1.

She said Berlin expects Moscow to explain itself and that Germany would consult its NATO allies about how to respond, raising the prospect of new Western sanctions on Russia.

Moscow has denied involvement in the incident. The Russian foreign ministry said Germany’s assertion isn’t backed by evidence and complained about the way Germany had chosen to release information about Navalny.

“This is disturbing information about the attempted murder through poisoning against a leading Russian opposition figure,” Merkel said. “Alexei Navalny was the victim of an attack with a chemical nerve agent of the Novichok group. This poison could be identified unequivocally in tests.”

Novichok is the same substance that Britain said was used against a Russian defector and his daughter in an attack in England in 2018.

Navalny, 44, is an outspoken opponent of Russian President Vladimir Putin and has specialized in high-impact investigations into official corruption. He was airlifted to Germany in August after collapsing on a domestic Russian flight, after drinking a cup of tea his allies said was poisoned.

The Kremlin said it wants a full exchange of information and that Germany and Russia should cooperate, but said it was unable yet to give a proper statement about the German findings.

Russian authorities and doctors have previously said they could find no evidence Navalny was poisoned.

Russia is already under Western sanctions after its annexation of Crimea from Ukraine six years ago, and another standoff with European nations or the United States may hurt its economy further. The Russian ruble extended losses against the euro after the German government statement.

Navalny in a Serious Condition

Berlin’s Charite hospital, where Navalny is being treated, said he remained in serious condition in an intensive care unit connected to an artificial lung ventilator, even though some of his symptoms are receding.

It said it couldn’t rule out longterm effects from his poisoning and expects him to go through a long period of illness.

Lithuanian Foreign Minister Linas Linkevicius said in a tweet that the German government’s identification of the Novichok poison indicates that Russian authorities were behind Navalny’s poisoning.

The Kremlin has rejected any suggestion that it or the Russian state was involved.

Allies of Navalny echoed Linkevicius’ view. Leonid Volkov, a Navalny aide, said on Twitter that the use of Novichok was like leaving Putin’s signature at the scene of the crime.

Ivan Zhdanov, another close Navalny ally, said on Twitter that Novichok could be administered only by Russia’s intelligence agencies.

“This makes it all the more urgent that those responsible in Russia be identified and held accountable,” Maas told reporters. “We condemn this attack in the strongest terms.”

Novichok is a deadly group of nerve agents developed by the Soviet military in the 1970s and 1980s.

Steffen Seibert, a German government spokesman, earlier said in an emailed statement that tests conducted at a German military laboratory had produced “unequivocal evidence” that Novichok had been used.

Britain says Russia used Novichok to poison former spy Sergei Skripal and his daughter in the British city of Salisbury in 2018. Russia has repeatedly denied any involvement in the attack, which the Skripals survived. A British citizen, 44-year-old Dawn Sturgess, died after inadvertently coming into contact with the poison.