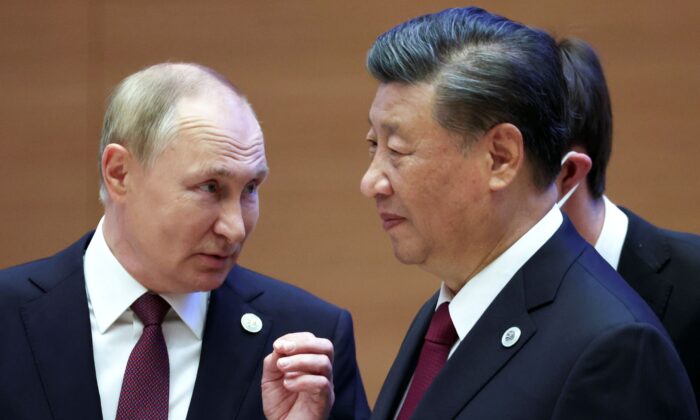 Since the invasion of Ukraine, Putin has tilted more strongly toward China as the war and severe Western sanctions torpedoed Russia’s relationship with the United States and its European allies.

Just before the invasion, Putin and Chinese leader Xi Jinping declared a “no limits” partnership, though at a meeting last week in Uzbekistan Putin said he understood that Xi had concerns and questions about the conflict.

“The development of a strategic partnership with China is an unconditional priority of Russian foreign policy,” the security council said in a statement.

“The sides agreed on further military cooperation with a focus on joint exercises and patrols, as well as on strengthening contacts between the General Staffs,” the security council said.

The deepening partnership between the Chinese regime and Russia has raised alarm in some Western capitals.

In recent years the Chinese communist regime has participated in a number of Russian war games—joint military exercises designed to simulate how the countries would defend themselves against an attack.

Moscow has repeatedly backed Beijing over Taiwan and criticized what it casts as “provocations” by the United States.

The Chinese regime has refrained from condemning Russia’s military operation against Ukraine or calling it an “invasion.”