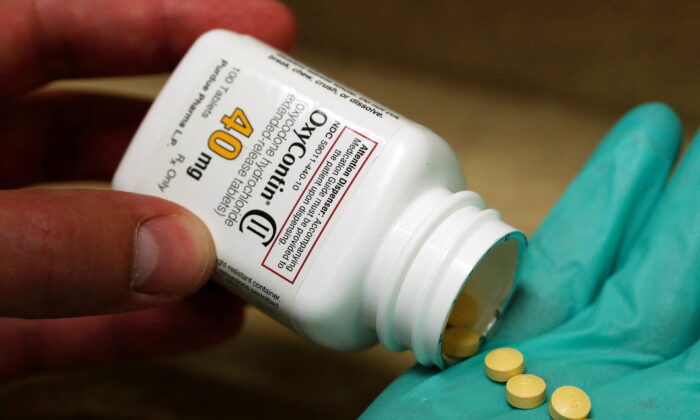 The Sackler family owners of Purdue Pharma LP have proposed a new and larger settlement worth up to $6 billion to resolve allegations that the OxyContin maker and its owners contributed to the deadly U.S. opioid epidemic, a mediator’s report showed on Friday.

The mediator, U.S. Bankruptcy Judge Shelley Chapman, has been overseeing talks between Sackler family members and eight states and the District of Columbia. U.S. District Judge Colleen McMahon in December blocked an earlier $4.33 billion proposed settlement that would have legally shielded the family members, a decision that threatened to upend Purdue’s bankruptcy reorganization.

The Sackler family members are trying to win support for a new settlement that could allow Stamford, Connecticut-based Purdue to emerge from bankruptcy.

The proposed framework would add at least $1.175 billion in cash, plus up to $500 million in proceeds from the sale of other companies owned by the family members, according to the mediator. While the agreement is not final, the mediator revealed the framework under discussion for the first time on Friday.

All of the funds would be directed toward abatement of the opioid crisis, including support and services for survivors, victims and their families, according to Chapman.

“We remain focused on achieving our goal of providing urgently needed funds to the American people for opioid crisis abatement,” Purdue said a statement. “We believe a global settlement is the swiftest and most cost-effective exit path from Chapter 11 and we will continue working to build consensus.”

Not all of the states have agreed to the deal, and Chapman asked for permission from U.S. Bankruptcy Judge Robert Drain, who is overseeing the Purdue case, to continue negotiations until Feb 28. That date would fall close to the March 3 expiration of legal protections that prevent the Sacklers from being sued while Purdue remains in bankruptcy.

Purdue, maker of the highly addictive OxyContin opioid pain drug, filed for bankruptcy in 2019 in the face of thousands of lawsuits accusing it and Sackler family members of fueling the opioid epidemic through deceptive marketing.

The company pleaded guilty to misbranding and fraud charges related to its marketing of OxyContin in 2007 and 2020. Sackler family members have denied wrongdoing.

McMahon ruled in December that the bankruptcy court lacked the authority to approve sweeping legal protections to shield the Sacklers from the opioid lawsuits.

Purdue and Sackler family members have appealed McMahon’s decision to the New York-based 2nd U.S. Circuit Court of Appeals, seeking to reinstate legal protections for the family members. Oral arguments in that appeal are scheduled for April 25.

The size of the Sackler contribution was a source of controversy throughout Purdue’s bankruptcy case. Sackler family members took out more than $10 billion from the company in the decade before it filed for bankruptcy, and they had a net worth of $14 billion in 2015, according to McMahon’s decision.

The bankruptcy court also evaluated the Sacklers’ withdrawals from the company, but it concluded that there were legal and practical hurdles that made it difficult to recoup anything close to the $10 billion withdrawn.

By Dietrich Knauth and Tom Hals