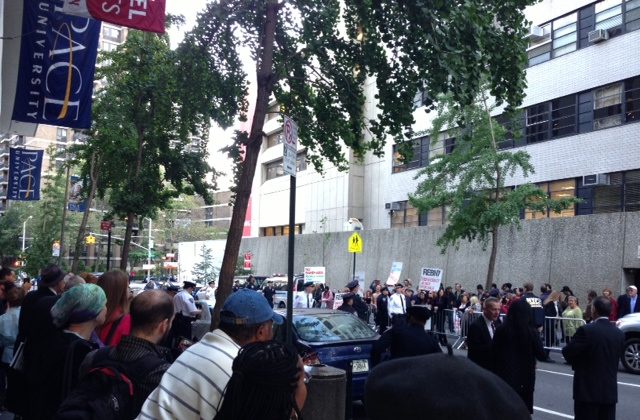 The Moreland Commission to Investigate Public Corruption was to hold a hearing at Pace University in Lower Manhattan on Sept. 17, with the doors scheduled to open at 5 p.m.

The multipurpose room scheduled for the event can fit up to 350 people, according to New York attorney Jackson Chin, who has attended meetings in the venue with community groups. A Pace student said that the multipurpose room could fit about 300 people.

“They said that they prepared the room for 150 people, but I’m not sure which 150 they meant,” Chin said. “That’s upsetting to a lot of the people up front.”

A representative with the commission said that only 150 chairs had been put out and the hearing audience was limited to that number of people.

Some people who registered to testify at the commission were also not permitted to enter.

A representative with the Moreland Commission said that those who did not register for the hearing would be let in as people inside the room leave.

The public notice for the hearing said that only those who want to testify should register.

A live broadcast of the public hearing on the state website had no sound, and some Internet users could not access the video at all.

A group of about 100 protesters arrived at 6:19 p.m. and was diverted to a barricaded area across the street.

The police presence was heavy and officers were treating all parties considerately.

There were 40 officers outside the Pace University entrance as of 6:40 p.m., not counting plainclothes officers.