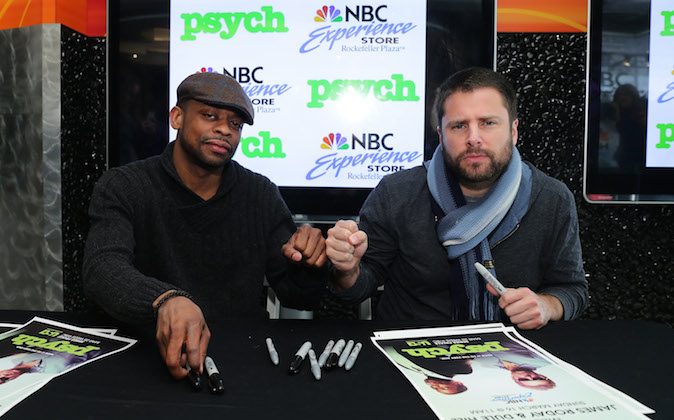 In an interview with TVGuide.com, Roday says that while the finale has “plenty of whimsical, classic Psych comedy,” long-time fans are still in for a surprise.

“The series finale, I think, is probably the most emotional episode that we’ve had just because the heart of the show is, and always has been, two best friends who go on these crazy adventures and are willing to essentially die for one another doing it,” Roday says.

“The finale is structured in such a way where that friendship is tested in a way that we haven’t ever quite seen it before, and so it definitely has a different color and it was definitely a challenge to shoot it.”

Show creator Franks also reveals that the finale will address Shawn’s development as a person.

“I knew we were building to this Peter Pan character who needs to have some sort of realization and have a small degree of growing up without actually sacrificing the entire journey that we’ve made. How much should he grow up? How much should he realize? It was all about that,” says Franks.

The finale, however, will not be the last fans see of Psych. Franks has hinted that a film could be on the cards.

“We never ran out of ideas. I still have my board that I packed up when we closed the office — my idea board with like 16 episodes still on there,” Franks says. “That’s what the feature films of Psych are for.”