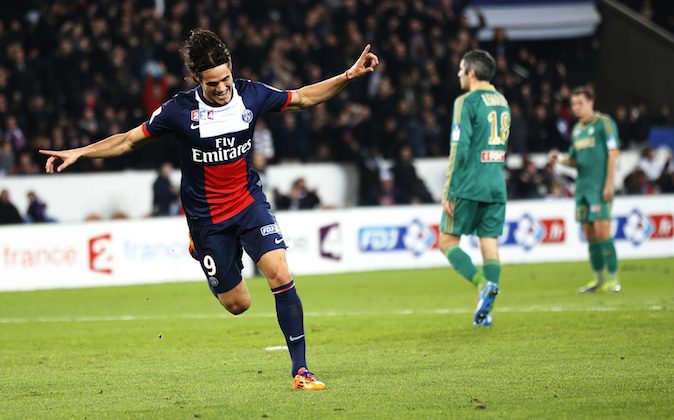 PSG will be without right-back Gregory van der Wiel (knee). Midfielders Marco Verratti and Blaise Matuidi are likely to return.

Although PSG is in good form and has lost only once in the past 18 matches, Saint-Etienne will be quietly confident of producing an upset.

Saint-Etienne was PSG’s bogey side during the last campaign, winning their league game at Parc des Princes and knocking PSG out of the League Cup quarterfinals.

In their league encounter earlier this season, Saint-Etienne looked set for a win until PSG midfielder Blaise Matuidi’s last-minute goal secured a 2-2 draw for the visitors.

“We’ve got nothing to lose. We really want to test ourselves against some of the best 10 players in the world,” Saint-Etienne midfielder Loic Perrin said. “We’ve always managed to cause them problems. I hope we can do it again.”

Blanc joined in the offseason on a two-year deal, with the second season optional, but Al-Khelaifi hopes Blanc will soon commit to a longer deal soon.

“Yes, he’s going to stay with us,” Al-Khelaifi said on French television Wednesday night after PSG’s 2-1 win over Bayer Leverkusen in the Champions League. “He will sign a new contract.”

Blanc, however, did not sound so sure, and would only say “I hope these comments prove to be true.”