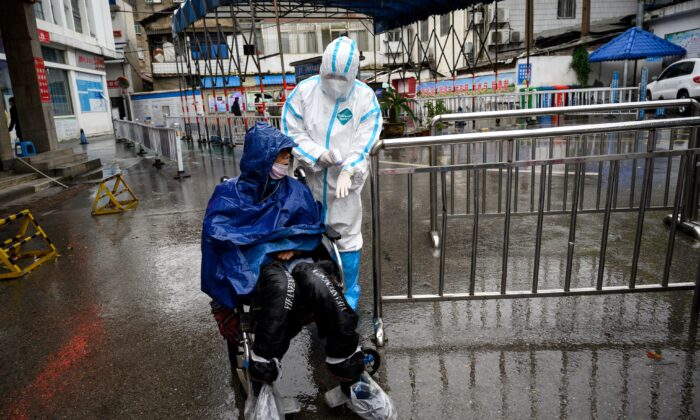 A medical worker assists a man seeking treatment at a fever clinic at Huanggang Zhongxin Hospital in Huanggang, in China's central Hubei province on March 27, 2020. (Noel Celis/AFP via Getty Images)
By Eva Fu