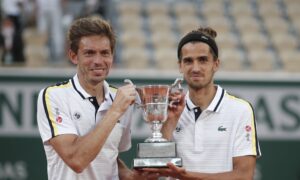 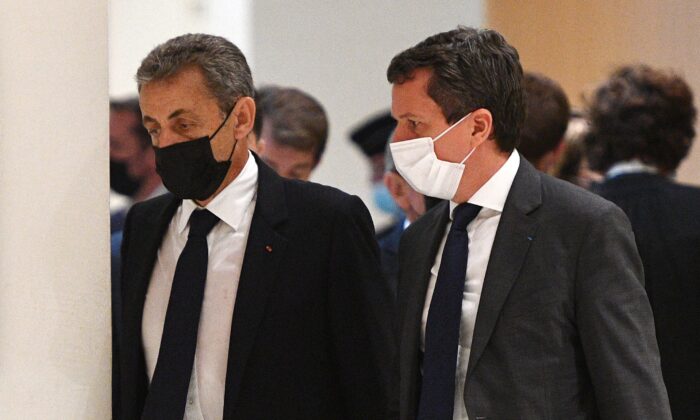 Former French President Nicolas Sarkozy (L) walks during a hearing of the so-called Bygmalion case trial which sees him charged with illicit financing for his failed 2012 re-election campaign, in Paris, France, on June 15, 2021. (Christophe Archambault/AFP via Getty Images)
Europe

A spokesman for the prosecutor’s office could not immediately comment on the report.

On Tuesday, Sarkozy denied wrongdoing at his trial over the illegal financing of his failed 2012 re-election campaign, saying its expenses were not his responsibility.

A defiant Sarkozy said in court he had not been involved in the logistics of his campaign for a second term as president nor in how money was spent during the election run-up.