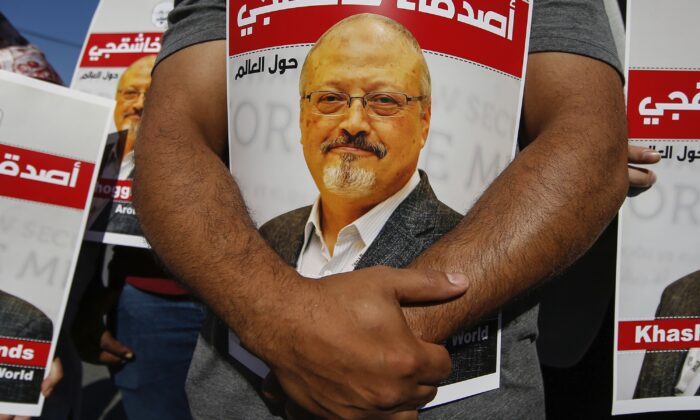 ANKARA, Turkey—Turkey’s justice minister said Friday that the government will recommend that an Istanbul court close a trial in absentia against 26 Saudi nationals charged in the slaying of Washington Post columnist Jamal Khashoggi and transfer the case to Saudi Arabia.

Bekir Bozdag spoke a day after a Turkish prosecutor requested the transfer, in line with a request from the kingdom.

A panel of judges hearing the case made no ruling on the request by the prosecutor on Thursday but said it would seek the Justice Ministry’s opinion. Trial was adjourned until April 7.

“We will send our opinion today,” the state-run Anadolu Agency quoted Bozdag as saying. “We will provide a positive opinion concerning the transfer of this case.”

Amnesty International has urged Turkey to press ahead with the trial, arguing that the case would be placed under wraps if moved to Saudi Arabia.

Bozdag said, however, that should the case be moved to the kingdom, the Turkish court would evaluate any verdict reached by a Saudi court. The Turkish judiciary would then drop the case if it is satisfied with the verdict reached in Saudi Arabia or resume proceedings if the defendants are acquitted, Anadolu reported.

The trial’s transfer to Saudi Arabia “does not abolish the jurisdiction of the Turkish courts,” Anadolu quoted the minister as saying.

Khashoggi disappeared on Oct. 2, 2018, after entering the Saudi consulate in Istanbul, seeking documents that would allow him to marry his Turkish fiancee. He never emerged.

Turkish officials allege that the Saudi national, who was a United States resident, was killed and then dismembered with a bone saw inside the consulate by a team of Saudi agents sent to Istanbul. His body has not been found.

Turkey began prosecuting the defendants in absentia in 2020 after Saudi Arabia rejected requests for their extradition.

In arguing for the transfer, the prosecutor told the court that the Saudi chief public prosecutor’s office requested the Turkish proceedings be transferred to the kingdom in a letter dated March 13, and that international warrants issued by Ankara against the defendants be lifted, according to the private DHA news agency.

The prosecutor said that because the arrest warrants cannot be executed and defense statements cannot be taken, the case would remain inconclusive in Turkey.

Some of the men were put on trial in Riyadh behind closed doors. A Saudi court issued a final verdict in 2020 that sentenced five mid-level officials and operatives to 20-year jail terms. The court had originally ordered the death penalty, but reduced the punishment after Khashoggi’s son Salah, who lives in Saudi Arabia, announced that he forgave the defendants. Three others were sentenced to lesser jail terms.