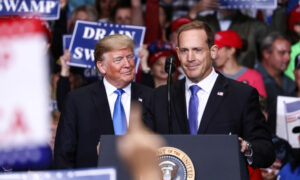 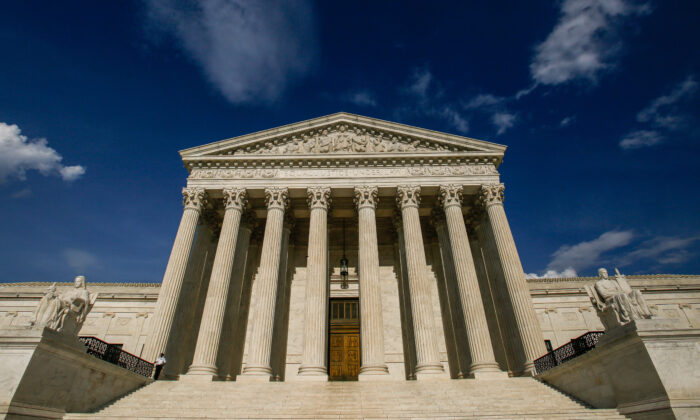 Property Rights Versus Labor Unions in the Supreme Court

As the Supreme Court’s recent Obamacare case illustrates, the justices no longer enforce most of the Constitution’s limits on the federal government. But a new property rights decision demonstrates how they are super-enforcing the Bill of Rights.

The state and federal (pdf) governments inherited from Great Britain power to condemn (seize) private property for public use. This is called the power of eminent domain. In such cases, the British government typically granted financial compensation to the owner. The principle of compensation had been enshrined in the fourth (statutory) version of the Magna Carta (1225).

When James Madison proposed the Bill of Rights, he inserted the “takings clause” in the Fifth Amendment. The takings clause states, “Nor shall private property be taken for public use, without just compensation.” This rule applies both to real property (land and buildings) and to personal property (movables).

However, “public use” doesn’t mean that the government must condemn the property for actual public occupation, as it does when it takes land for parks or highways. The word “use” has an older, specialized legal meaning. “Public use” means public benefit. Several years ago, the Supreme Court reached this conclusion, but without understanding the original meaning of “use.” That case (pdf) was widely criticized (pdf) by libertarians and others who also were unaware of the original meaning.

For example, during the 20th century, the court—on slender evidence, in my view—ruled that the 14th Amendment applied the takings clause to state and local governments as well as to the federal government. Additionally, the court began to offer protection against “regulatory takings.” These are cases in which property values are devastated by intrusive government regulation. However, compensation for regulatory takings is very limited. Generally, a property owner has to show that the regulation has pretty much destroyed all the property’s value before he can get any money.

Sometimes, parties argue about whether a government action is a physical taking (requiring compensation) or a mere regulation (usually resulting in no compensation). One such case was Cedar Point Nursery v. Hassid (pdf), which the Supreme Court decided on June 23.

The two plaintiffs were fruit growers in California. The state issued a rule requiring growers to let labor organizers enter their land. The rule limited the number of organizers and allowed them to enter up to 120 days of the year—one hour before work, one hour during lunch break, and one hour after work.

The state argued that its rule didn’t create an easement. The state contended that the rule created only a temporary, sporadic right to enter, much as a public health officer may enter a restaurant for inspections or a police officer may enter a home during certain emergencies.

The court split 6–3. Chief Justice John Roberts wrote the opinion. The court decided that the California rule was a physical taking, and therefore, compensation was due. Roberts pointed out that the right to exclude others is central to owning property, and that California had compromised that right. He said it didn’t matter whether the interest the state had seized was an easement or not.

Roberts further held that the labor organizers’ right to enter was different in various ways from the rights enjoyed by health inspectors or the police.

Justice Stephen Breyer wrote for the three dissenters. He argued that the state’s rule was a mere regulation, not a physical taking.

The case is noteworthy for several reasons:

First: This is a rare case in which the liberal media’s imaginary “conservative Supreme Court majority” really showed up. The majority consisted of Roberts and Justices Alito, Thomas, Kavanaugh, Gorsuch, and Barrett. The dissenters were the three activist liberals: Breyer, Sotomayor, and Kagan.

Second: In a 2015 decision (pdf), Chief Justice Roberts showed himself to be a defender of property rights. The Cedar Point case confirms that.

Third: The dissenting opinion illustrates Justice Breyer at work. In many respects a brilliant justice, he does have a disquieting tendency to treat constitutional law cases like common law cases. That’s not good.

The Founders rejected the British evolving, common-law-style constitution. They adopted the clarity, stability, and certainty of a written document. Breyer’s opinions undermine the written Constitution by relying on balancing tests and other vagaries. In Cedar Point, for example, he claimed that California didn’t intrude onto the growers’ property, but merely “regulated the right to exclude!”

Fourth: Cedar Point was strange in one respect: Usually, the victims of eminent domain ask for money. But the growers asked only for an injunction banning the labor organizers from their land. As Breyer pointed out, the lower court may avoid this injunction by giving the growers money instead. The facts of the case suggest the amount of money could be minimal.

Fifth: There was another factor at play that Roberts’s opinion didn’t mention, but that Justice Kavanaugh noted in his concurrence: The labor organizers had plenty of ways to reach the workers without trespassing on the owners’ land.

The latest case suggests that the current majority may overrule Prune Yard. One reason is that the internet provides far more ways to contact and persuade people than existed in 1980.

Robert G. Natelson, who served as a law professor for 25 years, is senior fellow in constitutional jurisprudence at the Independence Institute in Denver. He has an extensive background in property law as well as constitutional law, and numerous courts have cited his articles on both subjects. He and the author of “The Original Constitution: What It Actually Said and Meant” (3rd ed., 2014) and of two treatises on property law.