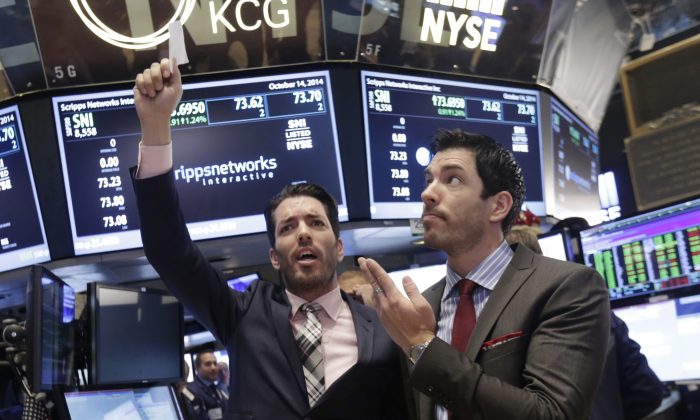 Reality TV stars Drew and Jonathan Scott of “The Property Brothers” said that two basic wall colors are not recommended if one is looking to sell their home.

“Yellow walls don’t really sell these days,” said Jonathan, 41, to their client in the episode “Condo Dreams,” according to Realtor.com.

We gave Rosanne’s small, dated home a much-needed lift by shifting the layout and adding custom touches. Click the link in my bio to see which features wowed buyers most on last night’s #BuyingAndSelling episode! #InsideTheDesign

Later on, the two said their team has to “get rid of that angry ‘90s red,” according to the news website. They ended up getting rid of the entire wall.

“I don’t think most buyers want to see skulls everywhere, so we want to get rid of some of that,” Drew said.

A one-of-a-kind focal point and a well-appointed dining nook helped Rosanne sell her formerly cramped and creaky home. Click the link in my bio to go #InsideTheDesign and see the luxe finishes we used on last night’s #BuyingAndSelling!

Meanwhile, Jonathan said it’s not wise to make the television the main attraction of a room.

“I’m never a huge fan of a TV being the main focal point of a room,” he said after seeing a flat-screen TV in the center of the living room. “I’d love to see a better focal point,” he added.

The twin brothers reportedly made about $500 million in 2018, according to Entrepreneur magazine.

“There are probably less than 100 actors who make more than we do across our empire,” Jonathan told the outlet. “We thought it was the bee’s knees to be a successful actor, but pursuing that would have never opened up this world to us.”

Their business empire includes six HGTV shows, their production company, a home decor and furniture line, and other ventures.

In an unusual instance, regarding home colors, a Texas couple received death threats over their home color.

A couple in Harris County, Texas, said they received death threats after a photo of their home—which had been recently painted bright teal—was posted online on a realty website.

Keely and Peter Dubrova said the local homeowner’s association approved their request to paint their house bright teal, KHOU-11 reported. They applied the paint while remodeling to make the home, as Keely put it, “my sanctuary.”

An anonymous realtor posted a photo of their home online, drawing a bevy of criticism. The realtor asked for opinions on property value and aesthetic appeal.

“Everything from ‘white trash Californians, what are they doing here’ to ‘we want to hang them,’” Keely told the news outlet about the comments.

A week later, the homeowner association that approved the color sent them a letter asking the couple to re-paint it.

“So we are a little confused,” Peter said, expressing confusion about what colors are allowed. “Are we in compliance or not?”

According to website Real Estate Lawyers, if one purchases a home and enters into a Home Owners Association (HOA), they have to be aware of the advantages and disadvantages of living in an HOA property. They are designed to protect homes’ property values.

– House color, type and color of shingles or roofing, even house size.

– Whether or not you can even have a fence or hedge, how tall they can be and where they can be placed.

– Plant life, flowers, any vegetation. An HOA can regulate types and amount of plants and flowers you can plant on your property, and where you can plant them. Some HOAs even regulate when and how often you have to mow and/or water your own lawn.

– Mailboxes and garbage cans can be regulated by size and shape, and where they may be placed.

– In most HOAs, you must have an approved type of ornamental light to hang outside for Christmas, Halloween, and other holidays.

HOAs can issue fines and can fine homeowners again for the non-payment or non-compliance of citations. In extreme cases, the “non-payment of these fines and fees can even result in your home being forced into foreclosure,” the website states.