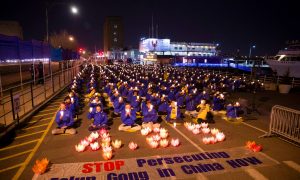 Standing Up for Their Faith: How the April 25 Appeal Changed China
0 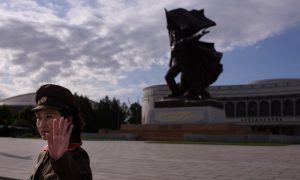 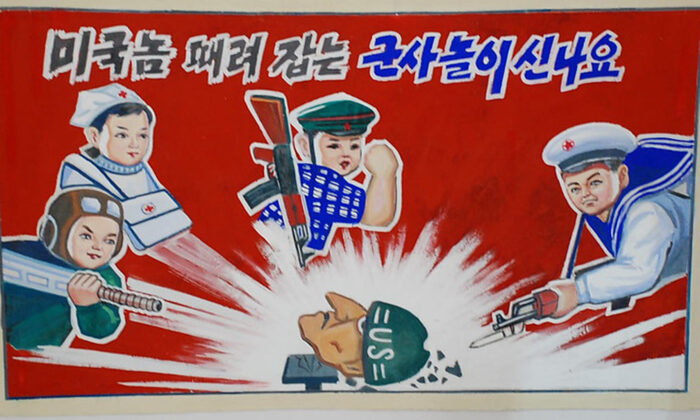 In today’s world where hundreds and millions of photos are posted on the internet or published in the media, have you ever taken a moment to think about whether what you’re looking at is a genuine or misleading picture? While most of the pictures usually depict a true representation of the situation for readers, there are instances where the images could create a false impression.

Below are some posters and photos that had been used widely in North Korea and China as propaganda tools to deceive people.

North Korea has been known worldwide for being a tightly controlled country. People outside the country usually wouldn’t be much aware of what is happening in the country, except if one watched its state media or read interview reports of North Korean defectors.

However, many people may have heard how its leaders brainwashed its citizens by putting up propaganda banners and posters that often contained anti-U.S. messages around the country.

Not only were these messages seen easily on the streets, but the communist government also put up posters in schools, as well as on their stamps.

However, according to a report by the BBC in June 2018, the narrative took a “distinctive turn.” Rowan Beard, a tour manager at Young Pioneer Tours, said, “All the anti-American posters I usually see around Kim Il-sung Square and at shops, they’ve all just gone.” In 2018, posters that portrayed the United States in a bad light disappeared.

As per the NK News, some more subtle anti-U.S. theme posters did show up in January 2019. In addition, posters that promoted Korean reunification have also been used widely.

For decades, China has been actively cracking down on dissidents, minorities, and religious groups. For instance, a peaceful protest in 1999 was labeled as a “siege” by the Chinese regime.

On April 25, 1999, some 10,000 Falun Gong adherents made their way to China’s Central Appeals Office on Fuyou Street in Beijing. Some were local residents, while others had traveled from other parts of the country to the capital after hearing that the Tianjin authorities arrested over 40 practitioners on April 23.

Several days prior to the arrest, a magazine in Tianjin published an article that slandered Falun Gong. Worried about the negative impact of the article on the practice, some adherents went to Tianjin to try and redress the issue in person, but the authorities called in the riot police, which led to 45 being arrested. The officials at Tianjin Municipality then told them to go to the State Council Appeals Office in Beijing.

Falun Gong, also known as Falun Dafa, is an ancient cultivation discipline in the Buddha-school tradition that was introduced in China in 1992. The practice consists of moral teachings and five gentle exercises. Within five years from its introduction, the number of people practicing reached at least 70 million, more than the Chinese Communist Party’s (CCP) membership.

When Falun Gong practitioners arrived early on the morning of April 25, 1999, on Fuyou Street, they noticed that the police were already there and directing them to the street across Zhongnanhai, the headquarters of the Chinese regime and the central government. Due to a large number of people, this move put them into a position where they surrounded Zhongnanhai, which was later accused by the CCP to be “besieging” the central government.

However, according to the photos taken by ABC, the practitioners were lined up in an orderly manner with some sitting down or reading their books, while others were practicing the Falun Gong exercises. There was sufficient room for pedestrians to walk through and the traffic wasn’t affected.

“No record, film, or plausible account suggests that the Falun Gong practitioners did anything even faintly provocative during the entire episode, which continued for 16 hours. No littering, smoking, chanting, or speaking to reporters,” wrote investigative journalist Ethan Gutmann in the article “An Occurrence on Fuyou Street.”

The crowd later dispersed quietly after the then-premier, Zhu Rongji, agreed to meet Falun Gong representatives and grant their request to release those wrongfully detained. Though the matter was resolved that day, the Chinese regime launched a brutal persecution three months later on July 20, 1999, which saw numerous Falun Gong practitioners being arrested, detained, and tortured. Some 4,000 adherents were also confirmed to have died from the persecution.

China has been opening up to the world for the past few decades, which allowed the world’s people to become familiar with some of its policies, such as the infamous one-child policy.

Due to the sheer number of people, the Chinese regime introduced the one-child policy back in 1979 to control the rapid growth of its population. Thus, propaganda posters, murals, and billboards were put up all across the country in an attempt to educate its citizens on the benefits of giving birth to only one child, such as a better life awaits them and being provided by the government when they are old.

However, the policy resulted in a huge gender disparity due to the strong preference for having a son. The policy also saw many families being subjected to heavy fines, forced abortions, and sterilizations, as well as the illegal trafficking of Burmese women. China has since lifted the policy in 2016 and now encourages families to have two children. Despite the new two-child policy, the country is facing a population crisis as birth rates are still declining.

Unlike the above propaganda tools that included a poster, billboard, or image, North Korea’s state television broadcast a propaganda program called “Let’s trim our hair in accordance with the socialist lifestyle” between 2004 and 2005, which told its citizens what hairstyle was acceptable in the country.

“Hair should be kept between 1cm and 5cm in length and should be trimmed every 15 days,” according to the program, The Guardian reported.

The five-part series stated the negative effects of long hair, including that it “consumes a great deal of nutrition,” and that it could actually snatch away energy from the brain, according to the BBC.

The state radio program also told locals the reason behind dressing tidily. It’s “important in repelling the enemies’ maneuvers to infiltrate corrupt capitalist ideas and lifestyle and establishing the socialist lifestyle of the military-first era,” the radio mentioned.