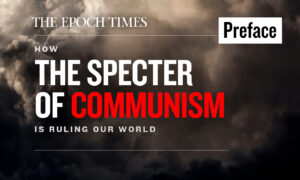 Preface: How the Specter of Communism Is Ruling Our World (UPDATED)
0 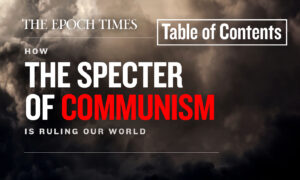 Special TV Series Ep. 1: Introduction: How the Specter of Communism Is Ruling Our World

NTD has produced a special TV series adapted from the book How the Specter of Communism Is Ruling Our World, by the editorial team of Nine Commentaries on the Communist Party. Watch the first episode here.

The collapse of the communist regimes in the Soviet Union and Eastern Europe marked the end of a half-century-long Cold War between the capitalist and communist camps in the West and the East. At the time, many were optimistic, believing that communism had become a relic of the past.

The sad truth, however, is that a transmogrified communist ideology had taken hold instead and entrenched itself around the world. In China, North Korea, Cuba, and Vietnam, there are outright communist regimes; in Eastern European countries, communist ideology and customs still exert a significant influence; and in African and South American countries, socialism is practiced under the banner of democracy and republicanism. Then there are the nations of Europe and North America, which have become host to communist influences without people even realizing it.

Communism breeds war, famine, slaughter, and tyranny. These in themselves are terrifying enough, but the damage dealt by communism goes far beyond this. It has become increasingly clear to many that, unlike any other system in history, communism declares war on humanity itself—including human values and human dignity.

After establishing massive dictatorships in the Soviet Union and China, communism caused more than one hundred million unnatural deaths, enslaved billions, and brought the world to the brink of nuclear war and destruction, in just under a century. Moreover, communism’s deliberate and widespread destruction of the family, its fomenting of social disorder, and its attack on morality are all ruinous to the foundations of civilization.

What is the nature of communism? What is its objective? Why does it take mankind as its enemy? How can we escape it?

Read more: Introduction: How the Specter of Communism Is Ruling Our World