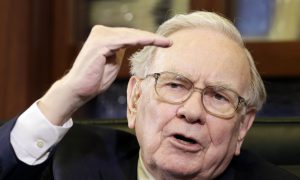 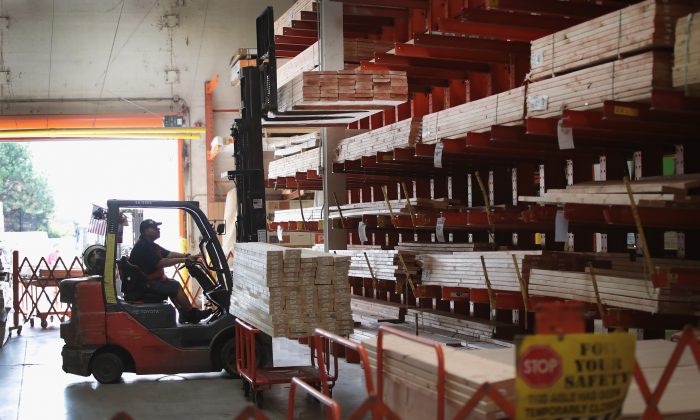 A worker helps a customer with construction supplies at a Home Depot store in Chicago, Ill., on July 26, 2017. (Scott Olson/Getty Images)
US News

US Productivity Grew in 2018 at Fastest Pace in 8 Years

Labor productivity in the nonfarm business sector increased at the annual pace of 1.9 percent in the last quarter of 2018, overtaking the growth pace for the previous quarter, which was revised down to 1.8 percent from 2.2 percent.

Economists keep an eye on productivity especially in times of a hot labor market like that seen in 2018, when the economy expanded by nearly 2.7 million jobs.

Wages grew by 3.5 percent in 2018, based on average weekly earnings in private nonfarm jobs. If this wage growth was driven by employers scrambling to retain top talent, it’s likely that businesses would have recouped their costs by increasing prices, thus boosting inflation.

However, the solid productivity growth suggests that a significant portion of pay increases stemmed from people’s work actually being worth more.

“We’ve had a nice little pickup in productivity, and it helps offset some of the rising wage and input cost pressures that companies are facing now,” Kathy Bostjancic, head U.S. financial market economist at Oxford Economics, told The Wall Street Journal.

Economists polled by Reuters had forecast fourth-quarter productivity advancing at a rate of 1.6 percent, following a moderation in gross domestic product growth for that period.

The economy grew at a rate of 2.6 percent in the October–December period, after a robust 3.4 percent growth pace in the third quarter.

The release of the full fourth-quarter productivity report was delayed by the 35-day partial shutdown of the U.S. government that ended on Jan. 25. The lapse in funding affected the collection and processing of economic data by the Commerce Department.

There were about 6.5 million unemployed people and 5.4 million more out of the labor force who would have liked to have a job in January, according to the bureau.

With 7.3 million available job openings in December, one major problem for employers is finding people with the appropriate skills.

President Donald Trump has put his daughter and senior adviser Ivanka Trump in charge of the National Council for the American Worker, a cross-department body started in July by the president to help train and retrain Americans, and connect them with the job openings.

The administration touted that almost 500,000 new apprenticeships have been created over the past two years, with a goal of a million more to come this year, Labor Secretary Alex Acosta said March 4.

This month, the administration will announce $150 million in grants to community colleges to support apprenticeships. The Labor Department also has launched a website, Apprenticeship.gov, to allow Americans to search for apprenticeship opportunities by location.