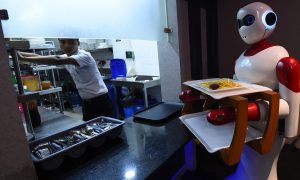 Will Robots Take Your Job? Quarter of US Workers at Risk
0
Share Now
TelegramFacebookTweetEmailTellMeWeReddit
Copy Link 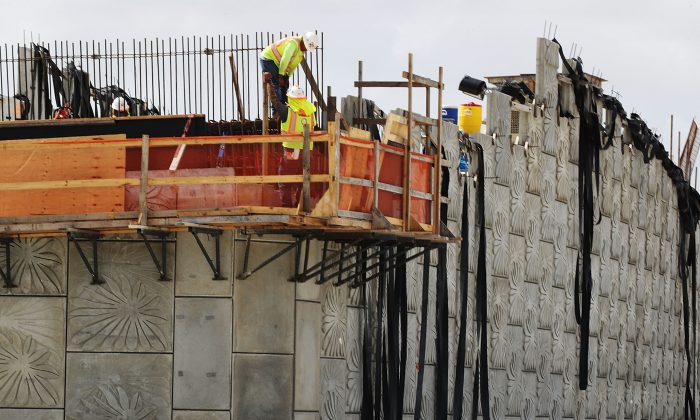 Private payroll expanded by 183,000 jobs in February, according to the ADP human resources company, which also revised its estimate for January up from 213,000 to 300,000.

While below the 234,000 average of 2018, the February job growth is expected to still push unemployment down, since the economy needs only about 100,000 more jobs a month to keep up with people’s aging out of the workforce.

ADP bases its estimates on payroll data of its more than 400,000 clients and usually remains consistent over time with the official data released by the Bureau of Labor Statistics on the first Friday of each month.

The number of Americans filing applications for unemployment benefits unexpectedly fell in the week ending March 3, suggesting the labor market is still strong.

Coming From the Sidelines

At the end of 2017, the unemployment rate dropped to 4.1 percent, prompting economists to predict that the economy was near full employment and further job growth would lead to labor shortages and inflation.

Yet the economy has since added nearly 3 million jobs.

“Economists were too quick to discount what the economy was capable of going forward,” said Martha Gimbel, chief economist at job listings site Indeed. “There continues to be more room to draw people into the labor force and get them a job.”

Seventy percent of new hires in 2018 were from outside the labor force, Labor Secretary Alex Acosta said on March 4. People not in the labor force are those who don’t work and haven’t looked for work in the past four weeks, which makes them not counted in the regular unemployment statistics.

Labor force participation was hit by the 2001 dot-com bubble burst and was further decimated after the 2008 recession, dropping to 62.4 percent in September 2015 from about 67 percent in late 1990s. The decline was especially marked among prime-age men (25-54 years old) of whom more than 97 percent worked or sought jobs in the 1950s, but only about 88 percent did so during the rock-bottom years of 2014 and 2015.

Part of the reason is an aging population, as Americans now tend to have fewer children than before. Part of it is due to young people’s spending more time in college. And another part, at least between 1999 and 2015, could be attributed to the opioid epidemic, based on research by Princeton economist Alan Krueger.

In 2016, Krueger did a survey of 571 unemployed prime-age men not looking for work in the prior week and found that 47 percent of them had taken a pain medication the previous day (pdf).

Other factors that have held some people back from seeking work have included the high cost of child care and a lack of paid leave. Research suggests that such costs have held back the workforce participation rate of prime-age U.S. women, a rate that trails those in most other industrialized countries.

Child care costs delayed the return of Valarie Regas of Atlanta to the job market after she gave birth to her second child in 2012. Regas wanted to go back, but most of the jobs she found didn’t pay enough to cover child care. So she remained mostly out of the job market for five more years.

After completing a coding boot camp, Regas was hired last year by a division of the European aerospace giant Airbus. The company initially wanted someone with more experience, she said. But after she pitched them on her enthusiasm and willingness to learn, she was hired as a software programmer.

“Even with the exorbitant cost of child care, I am now bringing home real money,” said Regas, 36.

Republicans are planning to introduce proposals on paid family leave in the coming weeks, following a push from President Donald Trump, and particularly his daughter and a senior adviser, Ivanka Trump, who has met several times with members of both the House and Senate to push for paid family leave.