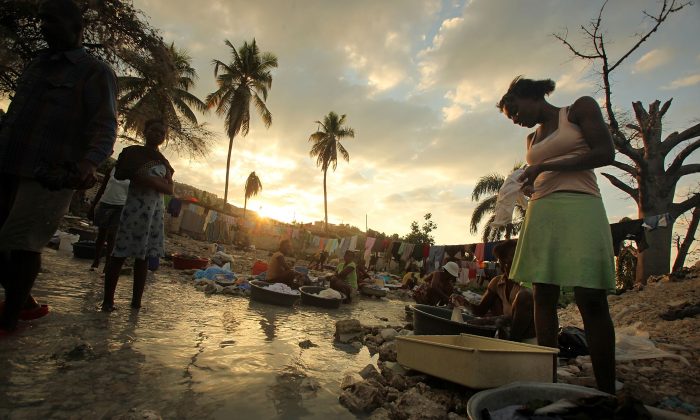 Private Plane Crash in Haiti Kills All 6 on Board, Including 2 Americans

PORT-AU-PRINCE—All six people on board a private plane, including two Americans missionaries, were killed when the aircraft crashed in Haiti, southwest of capital Port-au-Prince, according to media reports and a missionary group.

The plane went down on Friday evening en route from an airport in Port-au-Prince to the southern coastal city of Jacmel, typically a short flight, reported the Miami Herald, citing a statement by the National Civil Aviation Office (NCAO). Reuters could not independently confirm the report.

The cause of the crash was not immediately known.

A Haitian government representative and the U.S. embassy did not immediately respond to a request for comment.

The U.S.-based organization Gospel to Haiti posted an announcement on its Facebook page that two of its group members, American citizens Trent Hostelter, 35, and John Miller, 43, were killed in the crash.

The identities of the other four passengers were not immediately released by officials.

Hostelter’s wife and three children had taken an earlier flight on a small plane. Because there wasn’t enough room on the flight, he stayed behind with Miller to catch the next plane, the group said.

“When the second plane didn’t show up, they were very concerned and soon heard that the plane had gone down somewhere near Leogane. A search team was formed and sent out and they located the plane early this morning and confirmed that all 6 people were killed,” the group’s Facebook post said.

Gospel to Haiti said the group had decided to take a small private plane due to the “unrest” in Port-au-Prince, where violence has spiked in recent weeks as rival groups battle with one another or the police for control of the streets, displacing thousands and worsening the country’s humanitarian crisis.