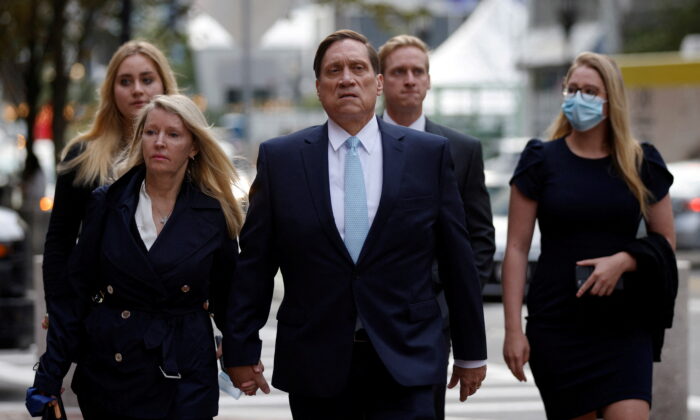 BOSTON—A private equity financier was sentenced on Wednesday to 15 months in prison for participating in a vast U.S. college admissions fraud scheme by conspiring to pay bribes to secure spots for his children at top schools.

The sentence imposed on John Wilson, the founder Hyannis Port Capital, was the longest that any of the dozens of parents, coaches and other defendants charged in the “Varsity Blues” college admissions scandal have received to date.

U.S. District Judge Nathaniel Gorton in Boston issued the sentence a week after sentencing another parent, former Wynn Resorts executive Gamal Aziz, to a year in prison after both men were convicted in the first trial to result from the scandal.

Prosecutors argued Wilson, 62, deserved a longer sentence after being convicted of bribery, fraud and conspiracy charges, saying his involvement in the scheme was more extensive and involved four-times as much bribe money, $1.2 million.

He has denied wrongdoing and is expected to appeal. His lawyer, Michael Kendall, argued a six-month prison term was more than enough that Wilson “is not the outlier that the government makes him out to be.”

Fifty-seven people have been charged in the probe, which centered on a scheme in which parents conspired with California college admissions consultant William “Rick” Singer to secure their children’s college admissions fraudulently by using fake athletic credentials.

Singer pleaded guilty to facilitating cheating on college entrance exams and funneling money to corrupt coaches and athletics officials to secure university admission for his clients’ children by falsely designating them as athletic recruits.

Prosecutors said Wilson in 2014 paid $220,000 to secure the admission of his son to the University of Southern California as a water polo recruit.

About $100,000 went to a USC account controlled by Jovan Vavic, a water polo coach took bribes to designate the children of Singer’s clients as recruits, prosecutors said. Vavic faces trial next month on related charges and has pleaded not guilty.

Prosecutors said Wilson later in 2018 paid $1 million in bribes to have his twin daughters admitted to Harvard University and Stanford University as sailing recruits.