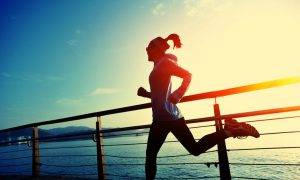 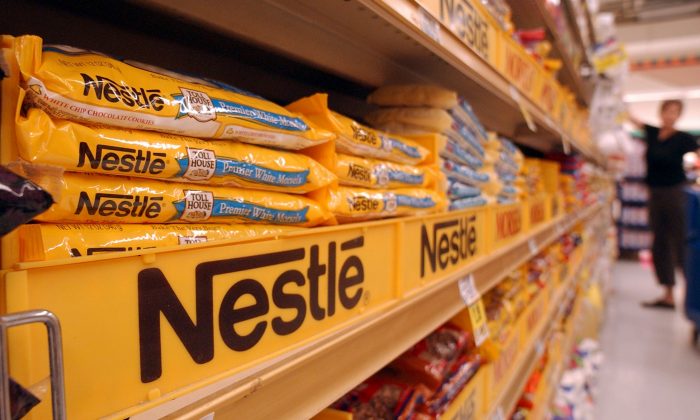 Nestle chocolate products for sale at a Kroger supermarket in Georgia on May 27, 2003. (Justin Sullivan/Getty Images)
Companies

FRANKFURT/LONDON—Private equity firms Cinven and Advent have teamed up to bid in an auction that could value Nestle’s skin health business at about 7 billion Swiss francs ($7 billion), three sources familiar with the matter said.

Private equity companies Blackstone, KKR, Carlyle, CVC, EQT, and Partners Group are also expected to bid and might look for partners, according to the sources, who declined to be identified as the process is private.

Nestle launched a review of the unit in September, as the maker of Nescafe coffee and Perrier water ditches underperforming businesses and fends off criticism from an activist investor who wants an overhaul.

The fragmented consumer health sector is attractive for deals because of aging populations in many industrialized nations, increased interest in health and rising incomes, analysts say.

Information memorandums on the skin health business sale, being run by Credit Suisse and Evercore, are expected to be sent by the end of January and first-round bids are likely to be submitted in early March, the sources said.

Merz Pharma, a private German company that sells wrinkle fillers and other skin treatments, has reached out to several private equity bidders to find a partner, the sources said.

The move by Merz shows the strength of private equity in the auction, given they want the whole Nestle unit. Industry rivals are only expected to bid for parts of the business.

Nestle, the world’s largest packaged food maker, created the Skin Health unit in 2014 when it bought out L’Oreal’s stake in their Galderma joint venture. But the unit has performed poorly, leading to one-off costs and restructuring.