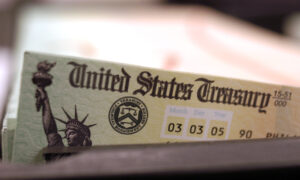 You Are Not Getting SSI. You Are Getting Social Security!
0
Share Now
TelegramFacebookTweetEmailTellMeWeReddit
Copy Link 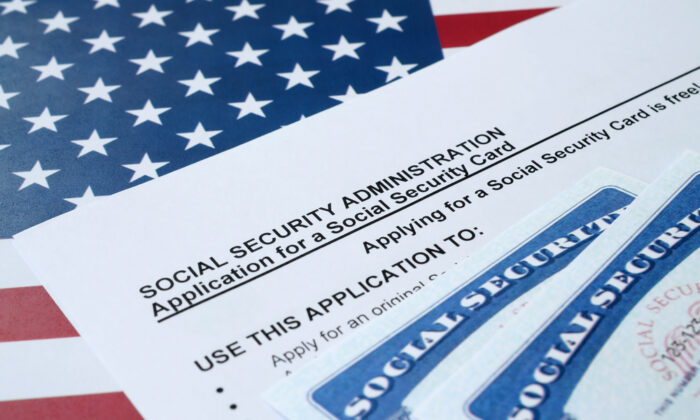 The government, or at least the Social Security Administration, is very strict about upholding these privacy laws. And that can sometimes lead to problems when people try to get Social Security information about a spouse for legitimate reasons. (Mehaniq/Shutterstock)
Business Columnists

I recall my days as a trainee with the Social Security Administration. And gosh, that was almost 50 years ago! The very first thing drilled into our heads was a law called The Privacy Act, which prevented us from disclosing any information about anyone’s Social Security record to anyone other than the record holder.

Almost all Americans agree that the law makes sense. You certainly don’t want the government sharing earnings or benefit information from your Social Security files with other people. And “other people” means everyone—including spouses. This isn’t too much of an issue for most married couples. For example, I know what my wife’s Social Security benefit is, and she knows what I am getting, because we share that information with each other.

And that can sometimes lead to problems when people try to get Social Security information about a spouse for legitimate reasons. This is especially true when it comes to divorced couples. Today’s emails provide examples of this.

Q: I was married to my husband for over 30 years. He was an old-fashioned man who said “a woman’s place is in the home,” so he never let me get an outside job. Therefore, I have no Social Security of my own. On the other hand, he was a doctor and made a very nice living, and I’m sure he will be due a comfortable Social Security retirement benefit. About two years ago, he left me and married one of his young nurses. At least our divorce decree left me with our house and a little bit of money. I am about to turn 62. He is 67. I am trying to decide if I should file for my share of his Social Security now, or if I should wait until I am older and get a higher rate. My husband won’t tell me if he has applied for Social Security and/or how much he is due. So I called the Social Security helpline and was told that the law prevented them from telling me what I am due on his Social Security account. How can I make a decision if I don’t have all the facts?

A: First, I am going to give you a ballpark estimate of what you might be due on your ex-husband’s Social Security account. Then, I will help you get more precise information from the people at the SSA.

Because your ex was a doctor, let’s assume he probably paid the maximum amount into Social Security all his life, meaning he will likely qualify for a very high monthly Social Security benefit. That rate is currently in the $3,100 range. At age 62, you’d be due about a third of that, or around $1,025 per month. If you wait until your full retirement age to file, then you would get a 50 percent rate, or $1,550 per month.

But you should be able to get precise figures from the Social Security Administration. You said you tried but were told they couldn’t share that information with you. I’m afraid you talked to a bit of an overzealous Social Security representative who is taking the laws about the privacy of Social Security records a little too literally.

I suggest you call them back and hope you get a more informed and reliable representative. He or she will NOT be able to tell you if your husband has applied for Security benefits or how much he is getting (or what he is potentially due). But the rep can tell you how much you would be eligible for on his account.

There’s a chance you may have to do this in person once Social Security offices reopen. And that’s because, technically, in order to get that information, you’re going to have to prove to the SSA that you are who you say you are and that you are potentially due divorced wife’s benefits on his account. So you will need your own ID, and you will have to show them a marriage certificate and divorce papers. And, of course, it will greatly help if you have your ex’s Social Security number.

Q: I am 66 years old and about to retire. I was married for 25 years, but we divorced about 10 years ago. We had no children. He moved to another state after we divorced, and I have completely lost touch with him. He wasn’t in the best of health when we divorced, and I wouldn’t be surprised if he has since died. How can I find out if I might be due widow’s benefits?

A: Your case is a good example of why I always encourage divorced women to try to maintain some contact with their ex-husbands. Or maybe some contact with mutual friends. Or at the very least, I suggest they find out where he lives and then subscribe to the newspaper in that town and read the obituaries every day!

But in your case, that obviously never happened. So what can you do? You should call Social Security at 800-772-1213. And what about privacy laws? Well, a person’s right to privacy dies when he or she does—at least with respect to Social Security. So if your ex has died, the SSA should be able to tell you that. (They get reports of death from state and local bureaus of vital statistics.)

If your ex is still alive, then the SSA rep would have to tread a fine line with respect to privacy laws. For example, just telling you “he’s still alive” could be construed as violating his rights to privacy. Back in the day, when I was working in local Social Security offices, I would have said something like this: “I can’t tell you if he is still alive, but I can tell you that you definitely are not eligible for widow’s benefits.” Then I hope you would understand that was my roundabout way of telling you he is still alive.