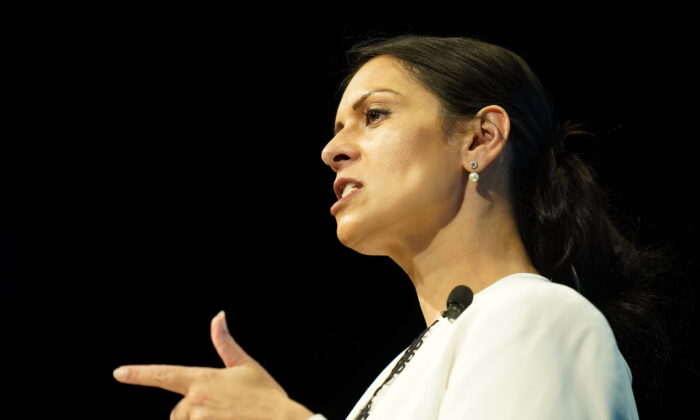 The Home Secretary Priti Patel has pledged to amend legislation going through Parliament in an attempt to stop Facebook, Snapchat, and other big social brands from “intentionally blinding” themselves to child abuse and other illegal activities by using encryption.

Writing in The Telegraph, Patel said: “Child sexual abuse is an unimaginably wicked crime. Tackling this online is a global problem, requiring global solutions. We all need to play our part.”

She said there was a danger the big tech firms could use the excuse of end-to-end encryption for messages and sharing content to say they were unaware of what was going on under their noses.

The Online Safety Bill is currently going through Parliament and has already provoked a great deal of controversy.

Last month a leading media law expert, Gavin Millar QC, wrote, in a legal opinion for the freedom of expression campaign group Index on Censorship: “If this legislative regime comes into force, there will be very many more restrictions on Internet use.”

Patel said, in the Telegraph: “We do not want to censor anyone or restrict free speech, but we must do more to combat these foul, hugely destructive crimes.”

‘The Onus Is on Tech Companies to Mitigate the Risks’

But she said end-to-end encryption reduced the social media companies’ ability to detect child sexual abuse and she said: “We intend to amend and strengthen the (Online Safety) Bill to ensure that the onus is on tech companies to develop or source technology to mitigate the risks, regardless of their design choices.”

She said those who fail to comply will be fined up to £18 million, or 10 percent of their global annual turnover, by Ofcom.

Patel went on to say in The Telegraph: “The UK government wholeheartedly supports the responsible use of encryption technologies. They are widely used by banks to protect financial information and to stop it being accessed or misused when UK citizens bank or make purchases online.”

Last year Apple said they were planning to introduce a way of scanning all iPhones for child abuse images.

But Ross Anderson, professor of security engineering at the University of Cambridge, said it was “an absolutely appalling idea” and told the Financial Times: “It is going to lead to distributed bulk surveillance of … our phones and laptops.”