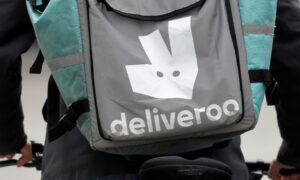 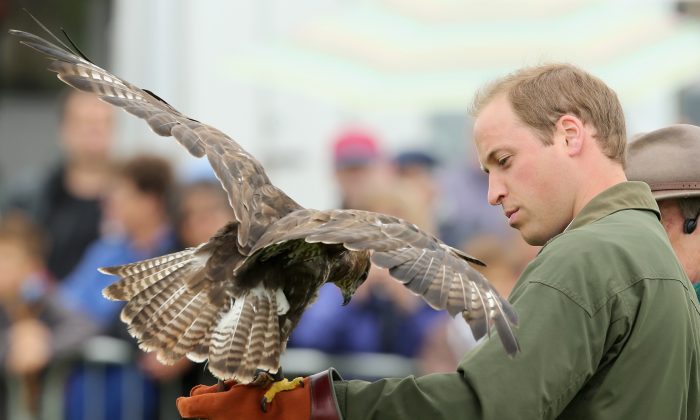 Prince William, Duke of Cambridge, holds a bird of prey during his visit at Anglesey agricultural show on his first official engagement since the birth of his son Prince George of Cambridge last month at Anglesey Showground in Bangor, Wales, on Aug. 14, 2013. Prince William had two weeks parental leave from work as a RAF rescue helicopter pilot in Anglesey. (Chris Jackson/Getty Images)
UK

Prince William attended the Anglesey Show in Wales on Wednesday, Aug. 14, the second of his public appearances since the birth of his son, George. The Anglesey Show celebrates rural life.

The prince interacted with the animals, joked about his poor Welsh pronunciation, and spoke a little about his son.

“He’s pretty loud, and of course, extremely good looking,” Prince William said. He added that work pressure no longer seems so great compared to the pressure of being a new father.