Jeffrey Epstein 'Was Innocent' and Did Not Kill Himself, Brother Mark Epstein Claims
0 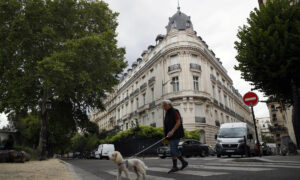 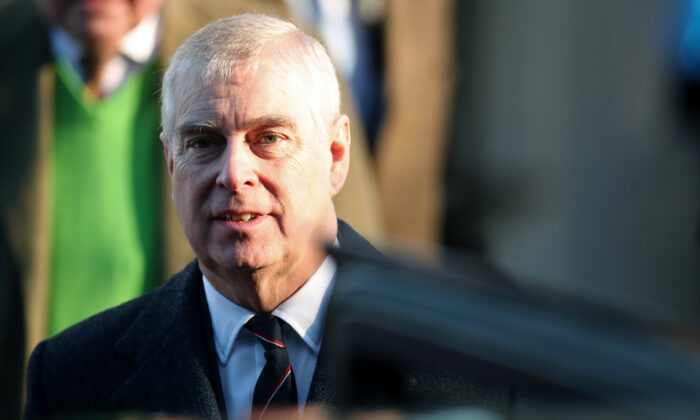 The Department of Justice (DOJ) issued a statement on Monday disputing the claims, saying that Prince Andrew has “yet again sought to falsely portray himself to the public as eager and willing” to cooperate with officials, but has actually “repeatedly declined” DOJ officials’ requests to schedule an interview. Prince Andrew also told U.S. federal authorities nearly four months ago that “he would not come in for such an interview,” the DOJ said.

“If Prince Andrew is, in fact, serious about cooperating with the ongoing federal investigation, our doors remain open, and we await word of when we should expect him,” the DOJ said in its statement.

According to multiple reports, including by the UK news outlet the BBC, DOJ officials on Monday formally petitioned the British government to help arrange an interview with Prince Andrew. British news outlet The Sun cited a source as saying that American prosecutors, after trying for months to talk to the Duke of York, “grew tired and were getting nowhere so they upped the ante.”

The move to pressure Prince Andrew to speak to U.S. prosecutors about his friendship with Epstein, who was found dead in a jail cell last year, was hinted at by U.S. Attorney Geoffrey Berman. In March, Berman said Prince Andrew refused to cooperate unless compelled to do so and that his office would look into alternatives.

“Contrary to Prince Andrew’s very public offer to cooperate with our investigation into Epstein’s co-conspirators, an offer that was conveyed via press release, Prince Andrew has now completely shut the door on voluntary cooperation,” Berman said, adding that his office is “considering its options.”

Prince Andrew’s legal team, in a June 8 statement, rejected the claim that their client has refused to cooperate.

“The Duke of York has on at least three occasions this year offered his assistance as a witness to the US Department of Justice (DoJ),” said his legal firm Blackfords.

“Unfortunately, the DoJ has reacted to the first two offers by breaching their own confidentiality rules and claiming that the duke has offered zero co-operation,” the lawyers wrote, adding, “In doing so, they are perhaps seeking publicity rather than accepting the assistance proffered.”

Blackfords added in the statement that U.S. officials insisted their client was not the subject of their investigation.

“Importantly, the DOJ advised us that the Duke is not and has never been a ‘target’ of their criminal investigations into Epstein and that they sought his confidential, voluntary co-operation,” the lawyers wrote.

Prince Andrew stepped away from Royal duties in November last year after an interview with the BBC about his friendship with Epstein, in which he was widely criticized for appearing out of touch and failing to acknowledge the victims of his convicted sex criminal friend.

In follow-up statements, Prince Andrew said he “sympathised with everyone who has been affected,” that he regrets his “ill-judged association with Jeffrey Epstein,” and that he would help “any appropriate law enforcement agency with their investigations, if required.”

American officials have taken a dimmer view of the Duke of York’s offer of cooperation.

Prince Andrew’s lawyers wrote: “On 27 January 2020, Mr Geoffrey S Berman, the United States attorney for the southern district of New York, chose to make a public statement about the duke. This led to worldwide media reports that there had been ‘a wall of silence’ and that there had been ‘zero co-operation’ by the duke. These statements were inaccurate, and they should not have been made.”

They said “any pursuit of an application for mutual legal assistance would be disappointing,” referring to a form of bilateral cooperation between the United States and Great Britain covered by a Mutual Legal Assistance Treaty (MLAT), which is similar to a subpoena.

If the MLAT request is granted, U.S. prosecutors could potentially force him to attend a court to provide evidence under oath.

A spokeswoman for the Justice Department declined to comment and Britain’s Home Office said it did not comment on the existence of any MLAT requests.