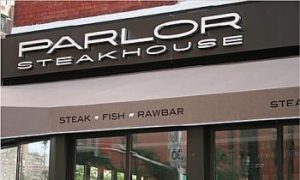 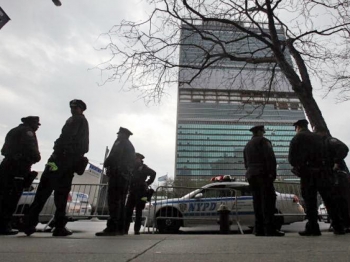 By Gary Feuerberg
Print
WASHINGTON—Terrorist attacks in the United States are becoming a more serious threat as individuals either born here or raised in the West join Islamist movements. In the United Kingdom, for a number of reasons, including the fact that the Muslim population has grown to around 2 million, the threat is said to be greater.

Those who have experience dealing with homegrown terrorism are looking for more effective ways to counter “radicalization,” whereby a young person is lured into adopting an ideology that eventually leads to perpetrating violence on his countrymen. A symposium, “U.K. and U.S. Approaches in Countering Radicalization,” was held April 1 at the Council on Foreign Relations, to discuss how to counter this homegrown Islamic radicalization.

Terrorism should not be viewed as only “a foreign menace that comes from overseas to strike at our cities,” said Pauline Neville-Jones, Great Britain’s minister of state for Security and Counterterrorism. “It can and does come from within our countries and from inside our own populations,” she said.

No doubt, the problem of terrorism at home will be with us for the foreseeable future. The British had their own version of 9/11, named 7/7, which refers to July 7, 2005, when four suicide bombers attacked three of London’s underground trains and one bus, killing 52 and injuring over 700.

Charles Allen, formerly undersecretary of Homeland Security for Intelligence and Analysis, said the number of cases of persons indicted for terrorism is relatively small, but growing. Between 2001 and 2010, there were only 176 cases, based on a RAND study. From 2009 to 2010, there were 35 cases, which exceeds the rate of cases each year from 2001 to 2010.

Speaking as a member of the Conservative led government and a confidante to the current prime minister, Baroness Pauline Neville-Jones explained Britain’s strategy for combating homegrown terrorism. Sometimes their policies differed from the previous Labor government’s policies. Their strategies have made some people uncomfortable about issues of privacy and civil liberties. Similar concerns have emerged in the United States, although the policies have not been as controversial as in the U.K.

The chief concept in the security minister’s strategy is finding effective de-radicalization interventions for the individuals who are on the path to violent terrorist activity. One way to do this is to challenge the ideology of Islamic extremism, which is “perverse and pernicious,”she said.

The British concept of how terrorist violence happens is that there is an acceptance of an ideology that says that Muslims around the world are being “oppressed.” Individuals with personal vulnerabilities may find this ideology attractive and compelling. Called upon to protect the faith, the believer accepts violence as legitimate.

Confronting the extremist ideology must never be confounded with objecting to the religion of Islam, which is not the problem, Neville-Jones says. Indeed, their approach is to “work with mainstream Islam.”

The approach of the new British government is to try to integrate Muslims into the wider community to instill a sense of national identity. Neville-Jones complimented the United Staes for having that—the American Dream that immigrant communities can aspire to and accept. She quoted Prime Minister Cameron, who criticized past government policies of “state multiculturalism” that fostered differentiation between communities. Instead, the security minister said the U.K. needs a strategy of “integration,” actively promoting a national identity, which the Conservative government hopes will counter the tendencies for individuals to become isolated and adopt an extremist ideology.