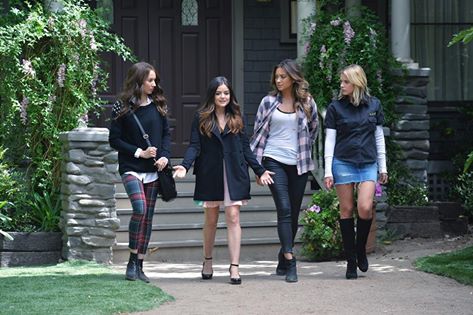 Pretty Little Liars season 5 will hit the halfway point on Tuesday, August 26 with the midseason finale.

The hit ABC Family show features a lot of action, and episode 12 will be no exception.

“Feeling trapped by Alison and “A,” the PLLs turn to an unlikely person for help in Taking This One to the Grace,” according to the network’s description of the episode.

“With Alison leading them down a dangerous path and “A” barring them from telling the police the truth, Aria, Emily, Hanna and Spencer feel trapped and are desperate to find a way out of this mess. With nothing else to lose, could the PLLs lose everything by putting their faith in a possibly untrustworthy ally?” it said.

“Meanwhile, Alison begins to build up her own army now that the PLLs have turned their back on her.”

It’s unclear at the moment when exactly season 5 will return.

Season 4 returned for one episode after its midseason finale but didn’t return again after that until early January. The season then went through mid-March.

Season 5 is slated to have 24 episodes, meaning 12 more will air following the midseason finale.