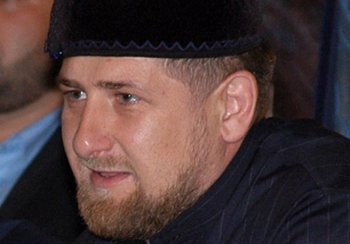 Andrey Volkov
View profile
Follow
biggersmaller
Print
At least 19 people were killed, including five civilians, in a firefight between Chechen militants and security guards of Chechen President Ramzan Kadyrov in the president's home village of Tsentoroi in Russia's battered Northern Caucasus on Sunday.

The firefight broke out after 15 rebels reportedly entered Tsentoroi in the morning. Chechen authorities said that 12 of the rebels were killed and that the others managed to escape.

The authorities also reported that several security members died and four civilians were injured in the crossfire. However, according to some Russian media reports, an unnamed law enforcement official said that five civilians were killed.

President Kadyrov told local media that the militia group had been ordered to the village by Islamist rebel leaders Doku Umarov and his appointed successor Aslambek Vadalov.

Umarov claimed responsiblity earlier this year for the Moscow metro bombings that killed 40 civilians. Considered a terrorist by the U.S. government, Umarov is in charge of the Islamist insurgency in North Caucasus, leading small groups of guerrilla fighters who battle against Russian special forces in the Chechen mountains.

Following the incident, Russian media reported that a few of the rebels identified in the firefight belonged to the bandit group of Akhmed Avdorkhanov, who was killed in 2005. Avdorkhanov was an ally of former Chechen President Aslan Maskhadov.

In 2004, the same village was attacked by militants resulting in only a few fatalities at that time.

Ever since Kremlin-backed Kadyrov took office in 2007, ruling the region with an iron fist, the capital of Grozny has been largely reconstructed after two large-scale wars since 1994 in the North Caucasus.

However, while the war against Chechen separatists officially ended three years ago, clashes between rebels seeking independence from Russia and Russian security forces continue.

In another firefight in Dagestan on Sunday, law enforcement shot dead four militants after they had refused to stop while driving in a car, the local reports said.

Earlier this month, Russian security forces killed the leader of Dagestan militants Magomed Vagabov. He is said to have been one of the organizers of the Moscow metro bombings.