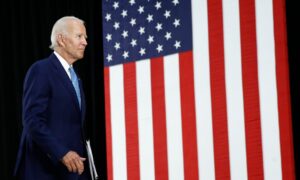 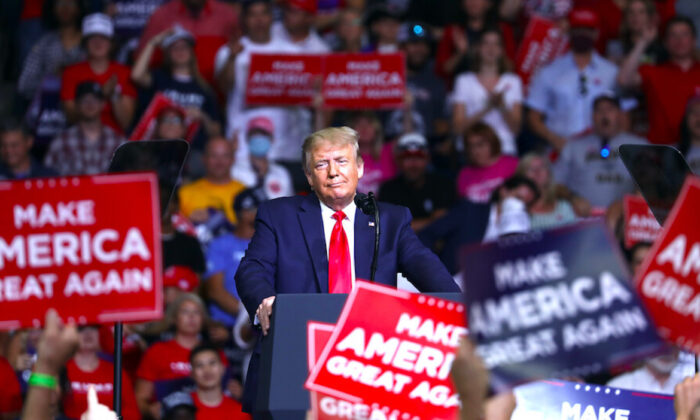 President Donald Trump will hold an outdoor rally at the Portsmouth International Airport in New Hampshire on July 11, his campaign announced.

“President Trump’s record-setting accomplishments in record-setting time have improved the lives of all Americans. He rebuilt, restored, and renewed our great nation once, and he’ll do it again,” Hogan Gidley, the campaign’s national press secretary, said in a statement.

“We look forward to so many freedom-loving patriots coming to the rally and celebrating America, the greatest country in the history of the world.”

While public health officials caution against large gatherings as COVID-19 continues to spread throughout much of the country, they believe outdoor congregations are relatively less risky than indoor gatherings. Attendees are strongly encouraged to wear masks, which will be provided by the campaign; there will also be ample access to hand sanitizer.

The New Hampshire Democratic Party said in a statement that the Trump administration’s response to the pandemic hasn’t been adequate.

“Instead of helping our state safely recover, Trump is flying in for a political rally that will only further highlight the chaos he has caused,” Ray Buckley, the party’s state chairman, said in a statement.

Joe Biden, the presumptive Democratic nominee, held small rallies last month that included circles marked on the floor meant to keep people six feet away from each other.

“You could do something like that—I actually showed them the pictures before Tulsa, but I’m not in charge of those things—where it’s beautiful summer weather, outdoors,” she told reporters.

Trump held his first rally in months in Oklahoma on June 20 inside an arena, drawing some 6,200, according to local officials. The Trump campaign said 12,000 people entered the arena.

Several people at the rally later tested positive for the CCP virus, which causes COVID-19, including former Republican presidential candidate Herman Cain and Kimberly Guilfoyle, the girlfriend of Trump’s son.

Health experts have warned against holding large events inside, saying the risks for transmission of the virus increase when groups of people gather closely together.

Critics of the recommendations note that many governors have allowed large protests and riots in recent weeks. Some health officials say those gatherings are leading to an increase in new COVID-19 cases.