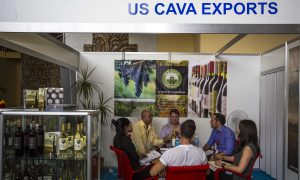 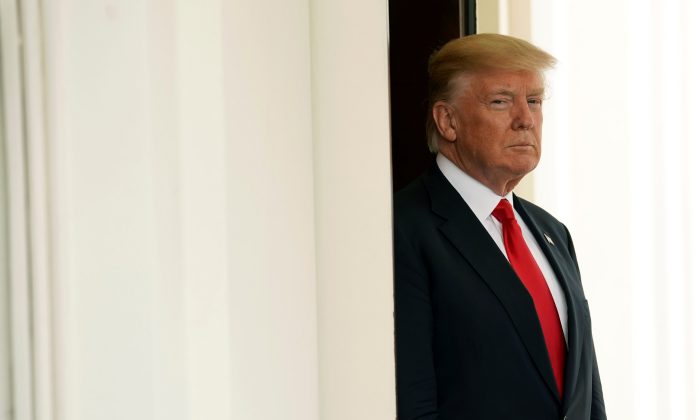 President Donald Trump waits for the arrival of Vietnamese Prime Minister Nguyen Xuan Phuc at the White House in Washington on May 31, 2017. (REUTERS/Kevin Lamarque)
International

President Donald Trump will reverse parts of his predecessor’s detente with Cuba in an effort to keep money from flowing to Cuba’s sprawling military-controlled conglomerate, one of the primary beneficiaries of increased tourism in Cuba.

“The policy intent is to steer money away from the Cuban military and toward the Cuban people,” said a senior White House official on background.

The change comes as the Castro family consolidates its direct control over huge swaths of the economy, the kind of state-sponsored oligarchy seen in Russia, Vietnam, and China as they moved toward state-capitalism.

Trump’s revised policy will tighten rules on travel and investment in Cuba but leave much of former President Barack Obama’s policy unchanged. The changes fulfill, in part,campaign promises Trump made to Cubans in Florida who were essential to his win there.

The change takes aim at loopholes left in the Obama administration’s policies.

“Many of the transactions were benefiting the Cuban military, which continues to repress the people. So the directive that this will enforce will allow business-to-business engagement but will make sure that those profits and flow of money are not going to benefit the Cuban military,” said a senior White House official.

Cuban President Raúl Castro spent five decades as Cuba’s defense minister, and made moves early in his rule to consolidate economic and commercial activity under the state.

Bloomberg reports that half of Cuba business activity runs through Rodríguez. The GAE.SA’s grip on the economy only increased after Obama’s Cuba detente.

US Companies See Grim Outlook in Cuba Despite Obama Opening

Given that the GAE SA controls airports and cruise ship terminals, most of the foreign-run hotels, all store chains and so on, not having any dealings with the firm is all but impossible.

The new policy directs the Treasury and Commerce departments to develop policy which could affect cruise ships that pay docking fees to military-related entities.

“One of the pieces of the policy is the State Department would create a list of entities owned by the Cuban military, intelligence, security services so individuals can adjust their plans accordingly,” said and official.

The detailed regulations of the new policy still need to be worked out, and the Treasury, State, Commerce, Homeland Security, and Transportation departments have all weighed in on the new policy.

Officials said there will be no change to Obama’s revision of the wet foot dry foot policy.

The change eliminates person-to-person travel to Cuba but leaves 12 categories of travel permitted. Those wishing to visit Cuba can do so in groups that have scheduled activities or under existing permits.