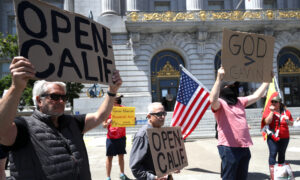 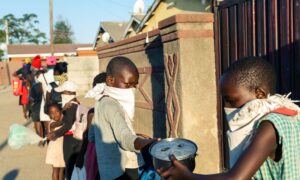 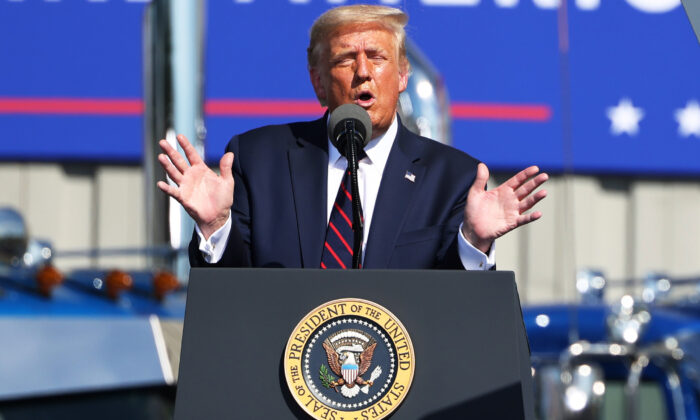 President Donald Trump asked the Supreme Court to overturn a court’s finding that his blocking of critics on the popular microblogging website Twitter violates the First Amendment.

The feed for the @RealDonaldTrump account, which has 85.4 million followers, is constantly filled with replies from users who taunt and insult the president, often using expletives, and Trump has locked horns with Twitter management plenty of times.

Trump has criticized Twitter for censoring his tweets, as well as for attaching disclaimers and fact-checking his tweets, and has asserted that social media outlets, including Twitter, should be more accountable to the public.

The petition for certiorari in the case cited as Trump v. Knight First Amendment Institute at Columbia University was filed Aug. 20. The other side must file a response by Sept. 21.

According to its website, the respondent Knight First Amendment Institute, which filed suit on behalf of seven Twitter users, was established in 2016 by Columbia University and the John S. and James L. Knight Foundation “to safeguard free expression in the shifting landscape of the digital age.”

A three-judge panel of the U.S. Court of Appeals for the 2nd Circuit ruled unanimously last year that Trump’s use of a Twitter account created “an official channel of communication.” Because the president established a public forum of sorts, he isn’t allowed to restrict access to it based on a user’s political views, the panel reasoned.

Acting Solicitor General Jeffrey Wall said in the Supreme Court petition that the appeals court erred by not making a distinction between the president’s official communications on Twitter and the personal nature of his decision to prevent certain users from interacting with him.

“President Trump’s ability to use the features of his personal Twitter account … are independent of his presidential office,” Wall wrote. “Blocking third-party accounts … is a purely personal action that does not involve any ‘right or privilege created by the State,’” a reference to previous precedent.

The president’s “blocking of the individual respondents’ accounts from his personal Twitter account cannot amount to state action” that would implicate the First Amendment, Wall wrote.

Although “President Trump is currently a public official, the @realDonaldTrump account belongs to him in his personal capacity, not his official one. He created and began frequent use of that account in 2009, well before taking public office. In contrast to the @WhiteHouse and @POTUS accounts, over which he may exercise control only by virtue of his office, he will continue to have control over the @realDonaldTrump account after his term of office has completed.”

Jameel Jaffer, the Knight Institute’s executive director, urged the court to leave the appeals court ruling intact, saying in a statement that “government officials can’t exclude people from public forums simply because they disagree with their political views.”