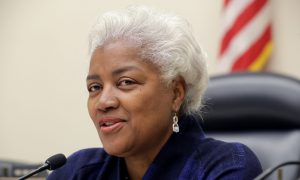 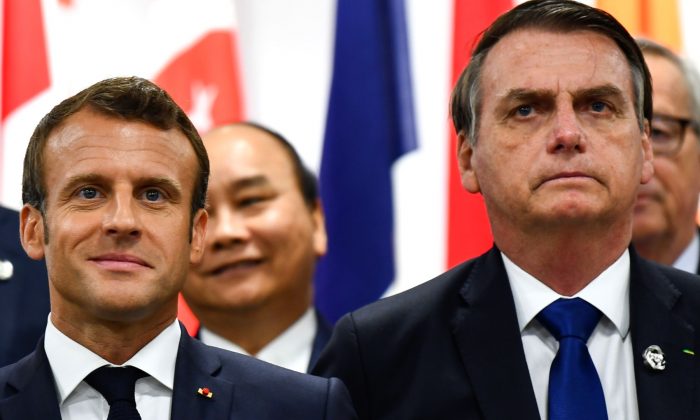 President of Brazil Demands Apology From France After Rejecting $22.2 Million in Aid to Fight the Amazon Fires

On Aug. 27, Brazil’s President Jair Bolsonaro rejected a $22.2 million aid package from G-7 to help fight the fires raging through the Amazon rainforest.

Bolsonaro said that unless French President Emmanuel Macron retracts some comments that Bolsonaro regarded as offensive, he wouldn’t accept the aid offer.

Bolsonaro said that Macron has to take back some of his remarks  “and then we can speak.”

Bolsonaro said on Aug. 27, that the French President called him a liar and questioned Brazil’s sovereignty.

Macron put the Amazon fires high on the agenda of the G-7 summit in France, where world powers pledged millions this week to fight the fires and plant new trees because of the Amazon’s importance to the global climate.

Bolsonaro said that France and other rich countries were treating Brazil like a “colony.”

“We appreciate [the offer], but maybe those resources are more relevant to reforest Europe,” Onyx Lorenzoni, chief of staff to President Jair Bolsonaro, told the Brazilian G1 news website, according to the Daily Mail.

“Macron cannot even avoid a foreseeable fire in a church that is a world heritage site. What does he intend to teach our country?” he continued, referring to the April fire that devastated the Notre-Dame cathedral.

“Brazil is a democratic, free nation that never had colonialist and imperialist practices, as perhaps is the objective of the Frenchman Macron,” Lorenzoni said.

Bolsonaro, who is not a believer in the climate change talking point, has criticized the would-be donors for having a “colonial mentality.”

“We cannot accept that a President, Macron, issues inappropriate and gratuitous attacks against the Amazon,” Bolsonaro wrote on Twitter. “Nor that he disguises his intentions behind an ‘alliance’ of the G-7 countries to ‘save’ the Amazon, as if it were a colony or no man’s land.”

President Donald Trump expressed his support to Bolsonaro on Twitter on the morning of Aug. 27, adding that he is doing a “great job.”

“I have gotten to know President @jairbolsonaro well in our dealings with Brazil. He is working very hard on the Amazon fires and in all respects doing a great job for the people of Brazil – Not easy. He and his country have the full and complete support of the USA!”

I have gotten to know President @jairbolsonaro well in our dealings with Brazil. He is working very hard on the Amazon fires and in all respects doing a great job for the people of Brazil – Not easy. He and his country have the full and complete support of the USA!