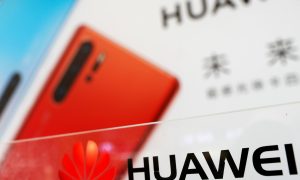 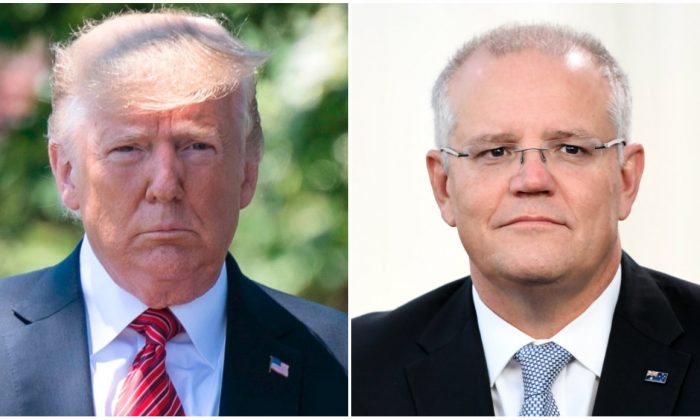 L: President Donald Trump walks out of the Oval Office to speak with reporters at the White House on June 11, 2019. (Jim Watson/AFP/Getty Images) R: Prime Minister Scott Morrison during a television interview in front of Parliament House in Canberra, Australia, on April 3, 2019. (Tracey Nearmy/Getty Images)
Australia

The prime minister’s office has confirmed Trump will play host at a state dinner at the White House for Morrison in September, who says relations between Australia and the United States are the strongest they have ever been.

It follows on from their meetings on the sidelines of the D-Day commemorations in the United Kingdom and the G20 summit earlier this year.

“This relationship with the United States is as strong as it has ever been, and I’m looking forward to making that visit to the White House,” Morrison told Liberal National Party faithful in Brisbane on July 14.

“This relationship is a product of all that over a long period of time, but it will be my great honour to represent Australia when we go there in a few months.”

It is the first such invitation to an Australian prime minister since President George W. Bush hosted John Howard in 2006.

It comes a day after Morrison addressed thousands of US military personnel as part of a biennial military exercise held off the Queensland coast.

The Talisman Sabre exercises involve Australia, New Zealand, the United States, UK, Canada, and Japan, with the addition of a Chinese spy ship observing from just outside Australia’s territorial waters.

Morrison says striking the right balance between Chinese and U.S. forces is no easy task.

“I’d say it’s the biggest strategic challenge and management challenge we have in our international relations today,” he added.

“We respect the comprehensive strategic partnership and warmly welcome it, and celebrate it with the People’s Republic of China, our single largest trading partner, but equally with the United States.”

By Colin Brinsden and Sonia Kohlbacher