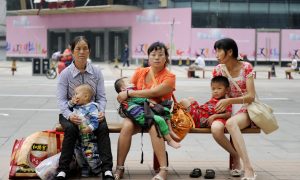 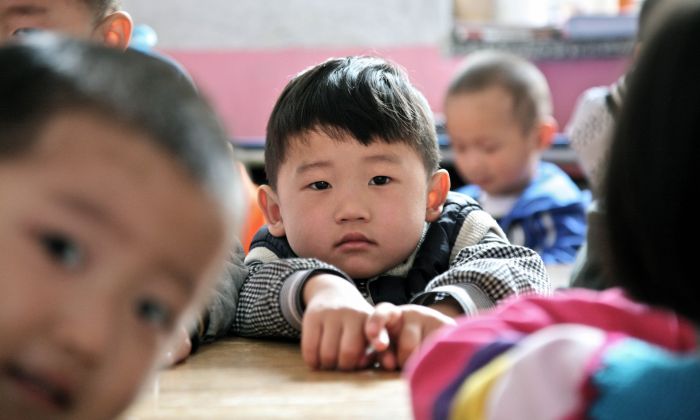 The gravity of China’s declining population was made apparent in recent official statistics.

The number of children enrolled in preschool in 2018 fell to 18.6 million, a roughly 3.8 percent decline from the prior year, according to recently published data from China’s Ministry of Education (MOE).

Meanwhile, the gross enrollment rate for preschool children rose 2.1 percent to a total of about 82 percent—meaning that the decline in actual numbers of children enrolling was likely because of fewer children being born.

As the country’s birth rate continues to fall, fewer school enrollments will be a continuing trend in the future, the MOE said at a press conference on Feb. 26.

Liu Changya, a director of development planning at MOE, explained that the annual number of children born has fluctuated in the past decade, due to changes in the Chinese regime’s policies.

Until 2013, couples in China weren’t allowed to have more than one child. That year, the Chinese authorities loosened the rule and allowed couples to have two children.

The policy seemed to have a positive initial effect.

According to a Feb. 26 report by 21st Century Business Herald, China’s preschool enrollment rose to 19.4 million in 2017, from 19.2 million in 2016—as children who were born in the first year after the two-child policy began entering pre-school. But as the recent data shows, the enrollment declined again.

According to World Bank’s data, China has the largest population in the world, at 1.386 billion in 2017. It is roughly 18 percent of the world’s population.

But China’s declining fertility rate is expected to soon result impact the population. World Bank data shows that the fertility rate, measured as the number of children born per woman, was 1.62 in 2016, which ranked No. 162 among a 200 countries list. By comparison, that year, the fertility rate in the United States was 1.8, and the world average was 2.44.

The Chinese regime has resorted to several different population control policies over the years, which have contributed to today’s distorted demographics. China’s fertility rate was once as high as 6.0 in the 1950s and 1960s, as the Chinese regime encouraged couples to have children and produce offspring who could later foot the bill for the country’s retirement pensions via taxes.

But the social upheaval during the Cultural Revolution, which occurred from 1966 to 1976, decreased this rate.

As the one-child policy created a significant gender imbalance and an insufficient labor force, Chinese authorities have since proposed incentives to encourage couples to have more children, such as allocating “birth funds” from one’s work paycheck, implementing generous maternity leave policies, and requiring women to not abort their child unless medically necessary.

But the heavy costs of raising a child has prevented many couples from deciding to have children.

Song and her family live in Changsha, the capital city of Hunan Province. She wants all her children to go to university in the future, but the cost of tuition is increasingly expensive. “There are still many years ahead. I don’t dare to think about the costs in the future,” Song said.

Meanwhile, Ms. Pan told 21st Century Business Herald on Jan. 8 that her daughter plans to have her child after she is 30 years-old because she and her husband cannot afford to have a child currently.

China Business Daily reported on Jan. 23, 2018 that some women of childbearing age hesitate to have children because they may lose their jobs if their performance is set back as a result of their pregnancy or raising a child.

Having a child also means the family needs a bigger house and a bigger car, which do not come cheap in China.

China’s population has also begun aging since 1999. According to China’s National Committee on Aging (NCA), an agency of the cabinet-like State Council, 241 million Chinese were older than 60 years-old in 2017, which is 17.3 percent of China’s population.