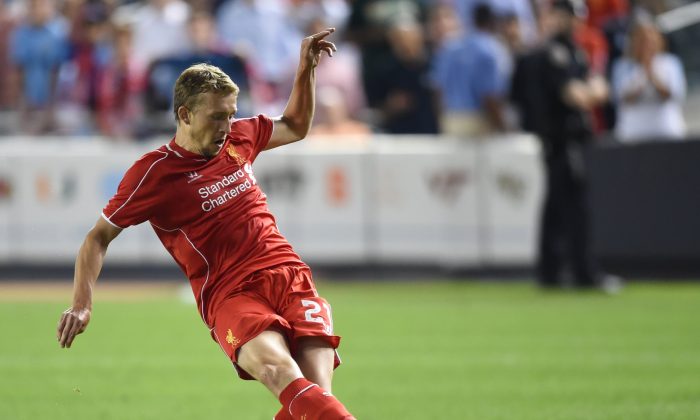 Manchester United are considering Angel di Maria move, Arsenal pursue Daniel Agger, and Lucas Leiva could be on his way out of Liverpool.

Angel di Maria has been linked with French side Paris Saint-Germain and Man United this summer, but PSG is now dropping out, leaving the way clear for a United bid, according to the Daily Star.

“He was very expensive and we have stopped discussions.”

Barcelona are also keen to move for Agger, but the 29-year-old Denmark international allegedly prefers a move to the Emirates.

With Mamadou Sakho and Dejan Lovren joining the Reds, Agger is feeling the heat of the competition, and could leave this summer.

Another Liverpool player seeking an exit from Anfield this summer is Lucas Leiva.

The Independent on Sunday notes that the 27-year-old Brazilian wants to move to Napoli to link up with old boss Rafael Benitez.

Napoli are reportedly in talks for Marouane Fellaini, but are hesitant to do so because of the Belgium international’s huge £100,000-a-week salary.