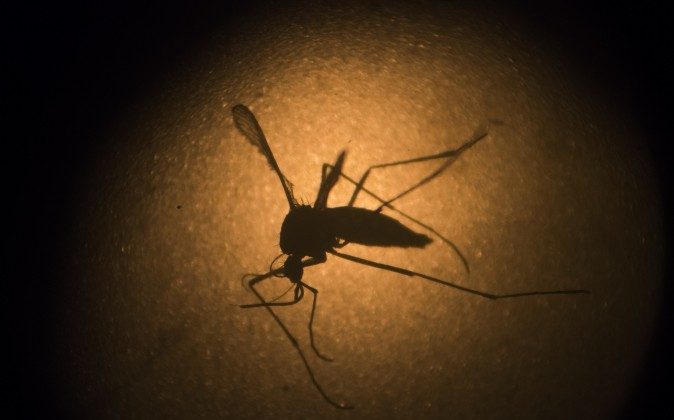 An Aedes aegypti mosquito is photographed through a microscope at the Fiocruz institute in Recife, Pernambuco state, Brazil, on Jan. 27, 2016. (AP Photo/Felipe Dana)
US

A pregnant woman from San Francisco has tested positive for the Zika virus, the Department of Public Health announced on April 22.

She has been confirmed to have contracted the virus, but isn’t experiencing any symptoms. She is currently receiving care and undergoing ongoing evaluations for her pregnancy.

Shortly before confirmation, both women had returned from trips to Central America.

In its statement, the department said there is currently no risk of the virus spreading or circulating throughout San Francisco, Bay Area, or California in general.

“Zika is not circulating in San Francisco, and there is no danger to residents,” said Dr. Tomas Aragon, health officer for the city and county of San Francisco. “For San Franciscans considering travel to Zika affected areas, we urge pregnant women to postpone their plans if possible and advise every traveler to take mosquito precautions.”

The virus is known to cause birth defects; most commonly, babies can be born with unusually smaller heads, or microcephaly.

Zika is circulating mostly throughout the Pacific Islands, the Caribbean, and Latin America, and is spread through mosquito bites. It can also be spread through sex.