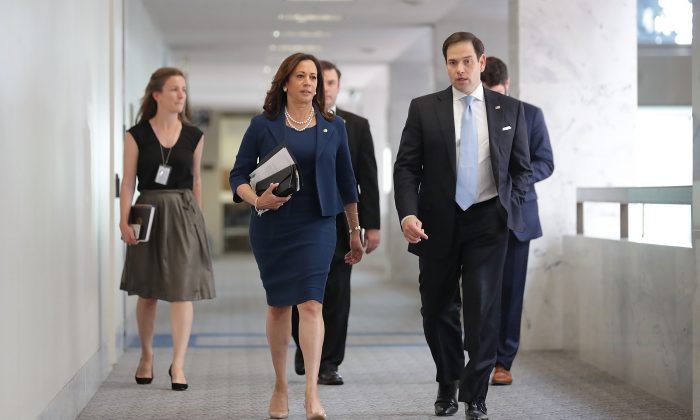 Powerful Venezuelan Official May Have Put a Hit on Marco Rubio

Sen. Marco Rubio’s fierce criticism of the dictatorship in Venezuela may have led an influential politician there to put out a hit on the outspoken Florida lawmaker.

Rubio, who has long denounced the collapse of democracy seen in Venzuela under former President Hugo Chávez and his successor Nicolás Maduro, has been seen with increased security since mid-July. Now reports say that is because he may have been threatened by a death order.

Capitol police have repeatedly refused to comment on the security detail that now accompanies Rubio, but the Miami Herald reported that the Department of Homeland Security sent a memo to several law enforcement agencies last month.

The Herald said the memo was designated “law enforcement sensitive” but was not classified and described an order to have Rubio assassinated. But it also cautioned that the United States had been unable to verify the threat and that “no specific information regarding an assassination plot against Senator Rubio has been garnered thus far.”

The threat is attributed to Diosdado Cabello, an influential Venezuelan politician who has been a leading figure in the repressive socialist government there. Cabello, a longtime ally of Chávez, led some of the military to support Chávez’s failed 1992 coup.

The memo also noted that Cabello has often criticized Rubio in Venezuelan media.

Cabello may have contacted “unspecified Mexican nationals” in connection with his plot against Rubio, warns the memo but warns that the veracity of the threats is uncertain. Federal authorities took it seriously enough to give Rubio extra security, noted in reports in both Washington and Miami.

Cabello and Rubio have publicly feuded on twitter and Rubio calls Cabello “the Pablo Escobar of Venezuela,” for his alleged role in drug trafficking to the United States.

Cabello is often named the second most powerful person in Venezuela with the entrenched roles he gained under Chávez’s government continuing under Nicolás Maduro. He is believed to control Venezuela’s security forces and is the alleged head of the “Cartel of the Suns,” a military-backed drug cartel that developed under Chávez as the armed forces gained control of the drug trade.

U.S. authorities have investigated Cabello and other high-ranking Venezuelan military and government officials for years on suspicions of drug trafficking. In February, the United States designated Venezuelan Vice President Tareck El Aissami as a narcotics trafficker and sanctioned him under the Foreign Narcotics Kingpin Designation Act.

Cabello, who has briefly held both the roles of president and vice president of the country, remains vice president of the country’s ruling United Socialist Party of Venezuela. He is also a delegate to the new Constituent Assembly created by Maduro through presidential decree as a way to work around the opposition-controlled Legislature. Maduro’s new National Constituent Assembly is charged with creating a new constitution for the country.
That move was enough to get the United States to name Maduro a dictator and apply sanctions to him two weeks ago.