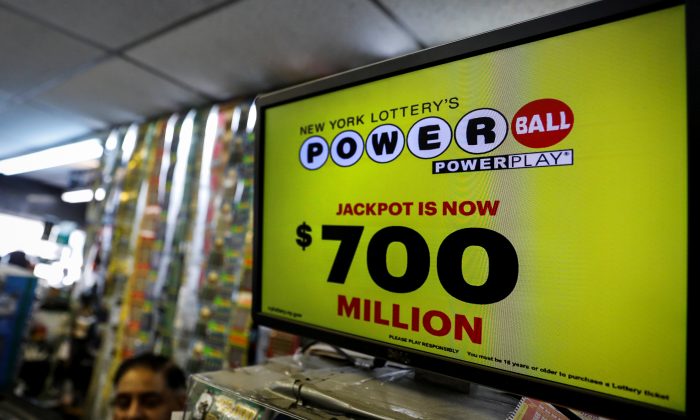 A screen displays the value of the Powerball jackpot at a store in New York City, U.S. on August 22, 2017. (REUTERS/Brendan McDermid)
US

The owner of a Powerball ticket sold in Massachusetts won more than $750 million on Wednesday, one of the largest prizes in the lottery’s history.

Powerball said on its website the single ticket matched all six numbers in drawn on Wednesday night: 6, 7, 16, 23, 26 and the Powerball of 4.

The winning ticket was sold at a Handy Variety convenience store in Watertown, the Massachusetts State Lottery said on Twitter. So far, no one has claimed the prize.

The winner will get annual payments over 29 years, totaling $758.7 million, or a lump sum payment of more than $440 million, before taxes.

The odds of a ticket having all six winning numbers are 292.2 million to 1, according to the Multi-State Lottery Association.

No one had won the Powerball’s top prize in the twice-a-week drawings since June 10, when a California man won a jackpot valued at $447.8 million.