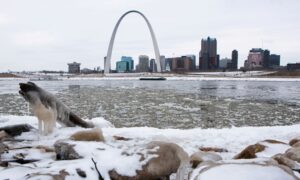 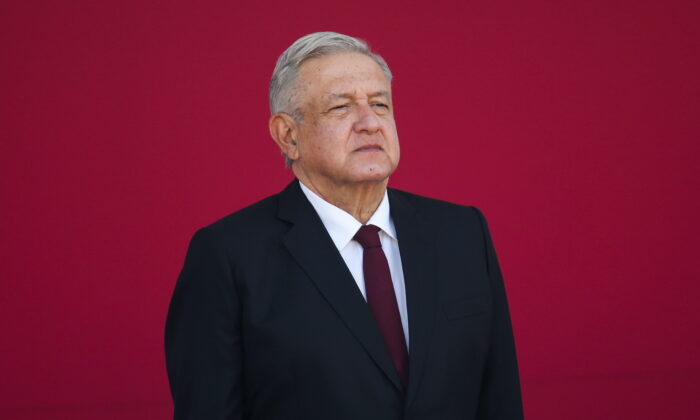 Mexican President Andres Manuel Lopez Obrador gestures during the 108th anniversary of the epic military feat known as "March of Loyalty", after he faced a coronavirus disease infection at the Chapultepec Castle in Mexico City, Mexico, on Feb. 9, 2021. (Edgard Garrido/File/Reuters)
Americas

MEXICO CITY—Mexico is working to fix a power outage that hit around 400,000 users and was caused by a cold snap in the north of the country, President Andres Manuel Lopez Obrador said on Monday.

Amid the bad weather, national electricity grid operator CENACE said on Twitter that the outage had come about due to a shortage of natural gas and some transmission problems.

Speaking at a regular news conference, Lopez Obrador said he expected the outage would be quickly resolved.

The president dismissed suggestions that the outage could be linked to a “boycott” of Mexico by private power generators upset at his plan to strengthen state power utility, the Comision Federal de Electricidad (CFE), at their expense.

The outage affected about 6,950 megawatts of load, CENACE said, urging consumers in the border states of Nuevo Leon, Tamaulipas, and Chihuahua to cut back on electricity usage. The state of Coahuila was also affected, Lopez Obrador said.

Lopez Obrador, an energy nationalist, wants to bolster state control of the power sector, arguing that previous governments skewed the market in favor of private companies.

In late December, an outage in the Mexican network left 10.3 million users without power for up to two hours.