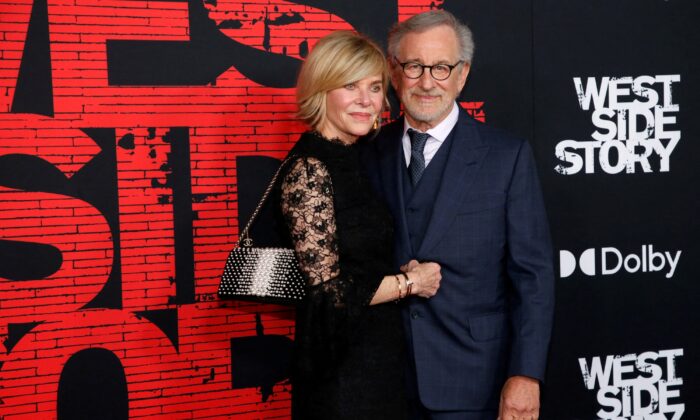 LOS ANGELES—Dark Western “The Power of the Dog” and a remake of “West Side Story” won the biggest awards on Sunday at a diminished Golden Globes ceremony held privately without the usual glitzy lineup of Hollywood’s top television and movie stars.

Actors, directors and film studios largely ignored the Globes this year after criticism in 2021 that its organizers, the Hollywood Foreign Press Association (HFPA), operated with questionable ethics policies and no black members. Longtime broadcaster NBC opted not to air this year’s awards.

The HFPA, which has expanded and diversified its membership and overhauled its practices, announced its picks at a Beverly Hills ceremony held behind closed doors. Recipients of HFPA philanthropic grants sat in the audience and announced winners. Honorees were revealed via social media and a live blog.

Netflix’s “The Power of the Dog” also won three awards including the best director for Jane Campion.

Other acting honors went to Will Smith for playing the determined father of tennis stars Venus and Serena Williams in “King Richard” and Nicole Kidman for her role as Lucille Ball in “Being the Ricardos.”

“Thank you for the acknowledgment!” Kidman, one of few winners to acknowledge their award, wrote on Instagram. “Lucille, this is for you and all the other incredible women nominated.”

“There is still work to be done, but when you’ve worked so hard on a project—infused with blood, sweat, tears, and love—having the work seen and acknowledged is always going to be special. Thank you,” DeBose wrote on Twitter.

Netflix led all studios with four film awards. HBO and HBO Max landed the most television honors, with six.

The Globes normally draw millions of TV viewers to a celebrity-filled red carpet and champagne-fueled dinner that makes for a glamorous yet informal contrast to the Academy Awards, the industry’s highest film honors.

In the past, winning a Globe provided a boost to movies making a run for the Oscars. This year, the significance is less clear. Awards watchers will follow closely other upcoming award ceremonies like the Screen Actors Guild and Producers Guild of America ahead of the March 27 Oscars.