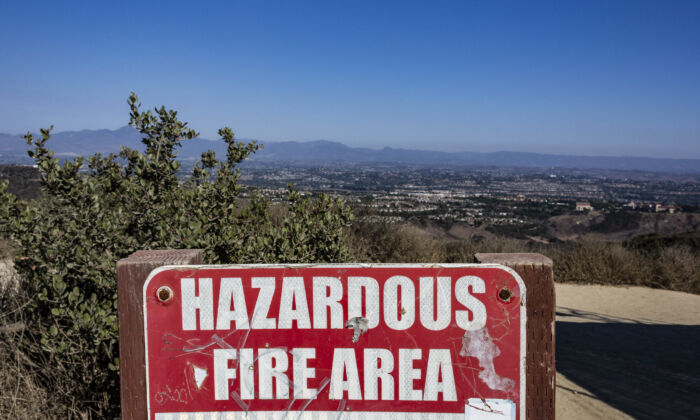 LAGUNA BEACH, Calif.—Power line sparks have been identified this week as the cause of the Emerald fire that scorched over 150 acres and forced thousands to evacuate in February, city officials said recently.

An investigation by the Orange County Fire Authority found the fire was caused by high winds blowing sparks from three exposed high voltage power lines onto the nearby vegetation, officials said.

“This news that above ground power lines have caused another California wildfire in our own backyard is a wake-up call for all of us that the utilities need to underground now—no matter the cost. You cannot put a dollar amount on any life lost to wildfire,” Whalen said in a statement.

About 85 percent of the city falls under what CalFire calls very high fire hazard severity zones, Whalen said, adding that he and other city officials have been pushing for mandating underground power lines through the California Public Utilities Commission and the state Legislature.

Diane Castro, a spokeswoman for the utility, told The Epoch Times that though there were circuits in the affected area, there was no circuit activity nor damaged wire at the time of the fire.

Edison has since filed a report with the state utility commission and launched its own investigation, she said.

“We know wildfires have a significant impact on the communities we serve and have been working to reduce the potential for wildfires through grid hardening, which includes installing covered conductor and targeted undergrounding of electrical lines,” she said.

Orange County’s last major fire was the Coastal fire in Laguna Niguel in May, which reached 200 acres and destroyed over 20 homes.

Authorities have not determined a cause for it, but Edison reported “circuit activity” at the time of the fire.

Since 2019, the city has planned and funded wildfire mitigation projects according to a report (pdf), including upgrading the emergency alert system, planning evacuation routes, and undergrounding power lines.

The estimated cost for the projects is $168 million, of which $82 million goes into cable undergrounding, according to the city.