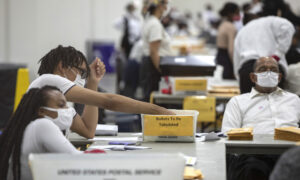 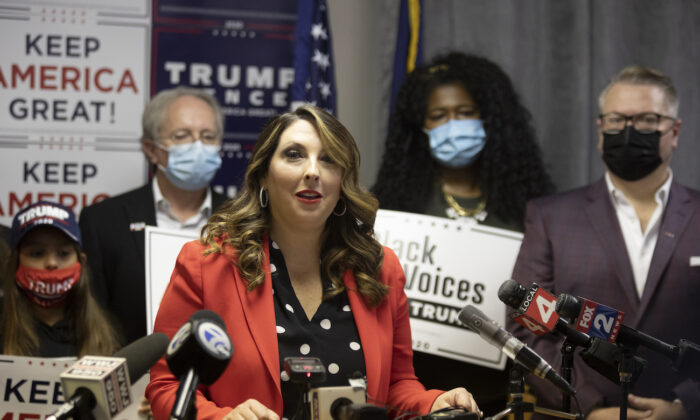 The Republican National Committee (RNC) says the recent layoffs of staff are a “typical procedure” after a major election.

According to Fox News, most of the layoffs are of staffers assigned to “Trump Victory,” a joint fundraising program between the RNC and the Trump campaign to raise money for the president’s reelection. It is unclear how many RNC workers were let go.

“It is typical procedure for a party committee to downsize after an election,” an RNC spokesperson said in a statement. “We will have all the resources we need for litigation and recounts, as well as the critical runoffs in Georgia to hold the Senate. The RNC will pursue every instance of voting irregularity or fraud to the fullest extent.”

The scaling back comes as the Republican Party and Trump campaign continue to pursue legal challenge against Democratic presidential contender Joe Biden, who claimed himself the winner of the White House race amidst numerous allegations of election fraud.

During a Monday press conference in Philadelphia, RNC Chairwoman Ronna McDaniel said her organization is gathering affidavits from witnesses of alleged fraud in Democrat-run cities, including Detroit.

McDaniel added that the whistleblower’s supervisors ordered her “never to ask for a driver’s license or any photo ID when a person was trying to vote.”

There were also late-arriving ballots that were back-dated to make them legitimate, alleged McDaniel, citing another Detroit election worker. She said the whistleblower was instructed to alter the information in the voting system so that the absentee ballots appeared that they had been received before the deadline.

“As you guys can understand with 2,800 incident reports, this is a lot to track down. It means we’re interviewing these people, we’re getting their statements and we’re turning them into affidavits, but that takes a lot of time and effort,” McDaniel said, adding that her organization has received 131 affidavits in Detroit alone.